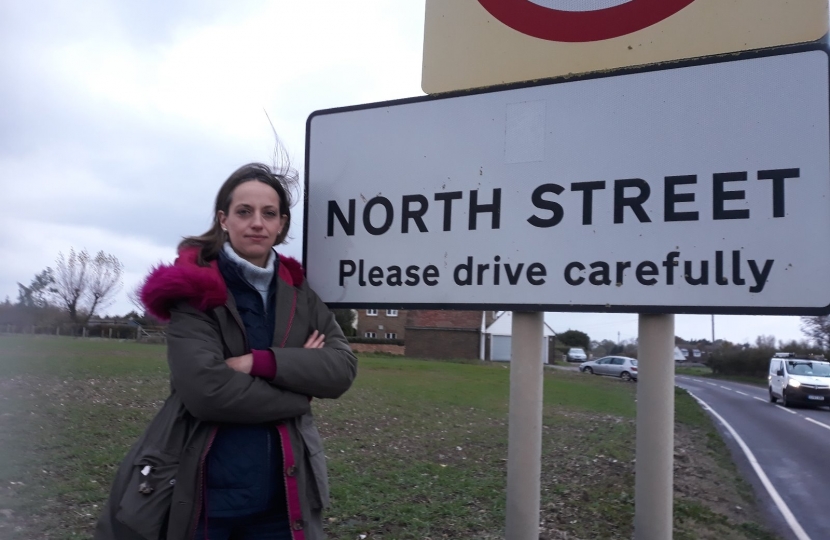 The development is being considered for inclusion in Swale’s new Local Plan, which will set out where new homes should be built in the borough between 2022-2038.

The North Street development is one of four ‘garden villages’ being considered by Swale’s Local Plan Panel as a way of delivering new homes in our area.

I’m not against the idea of garden communities in general, but extra care needs to be taken when going ahead with such large developments because of the impact they have on the landscape and nearby communities.

The proposed development at North Street would be completely inappropriate for inclusion in the Local Plan. It’s hugely unpopular and would do enormous damage to an area of high landscape value as well as putting further pressure on local roads.

I’ve written to the Chair of the Local Plan Panel, Cllr Mike Baldock, to call for the North Street development to be rejected at the next opportunity.

We do need more homes in Kent, but these need to be in the right places – not somewhere as inappropriate as North Street. It’s time to put people’s concerns to rest and reject this development.