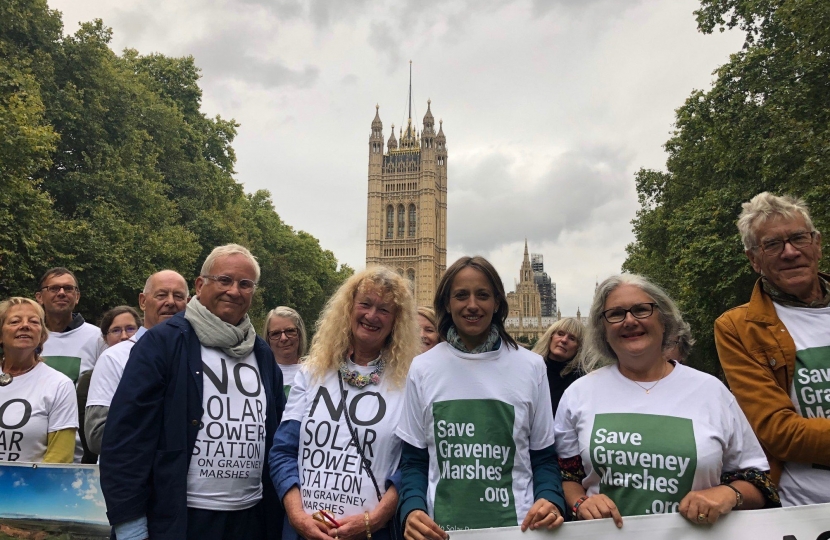 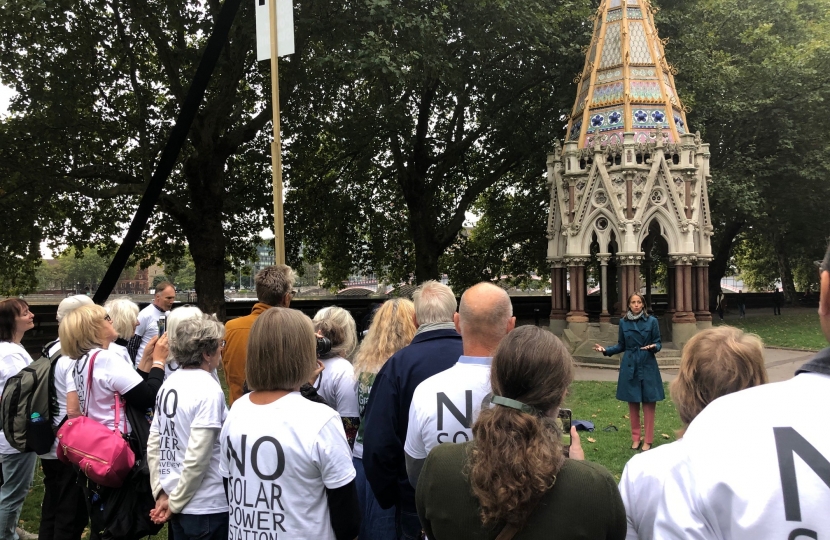 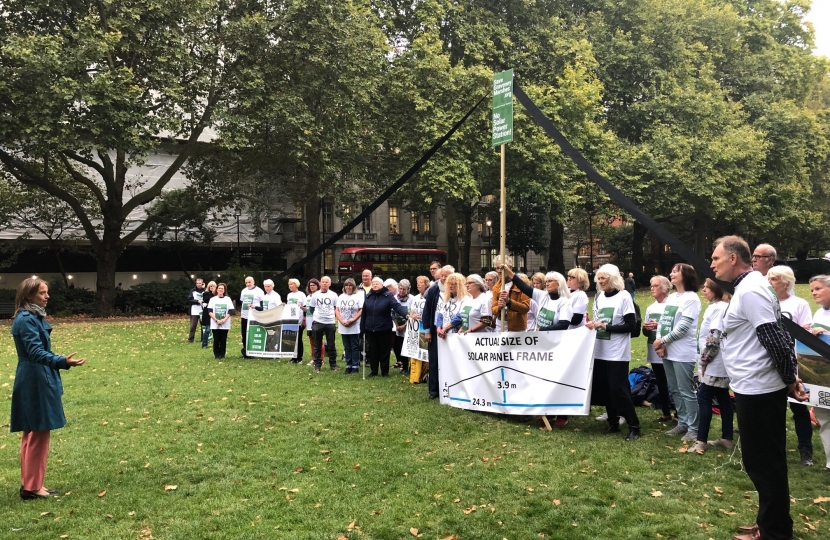 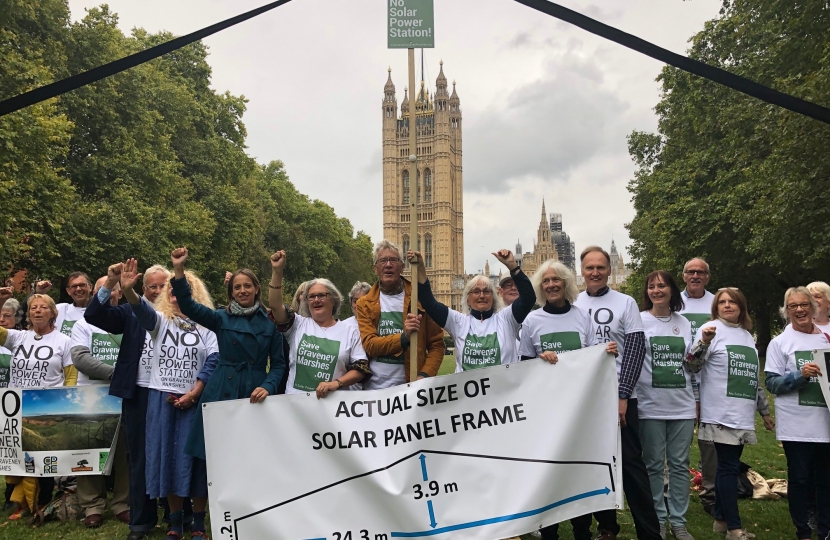 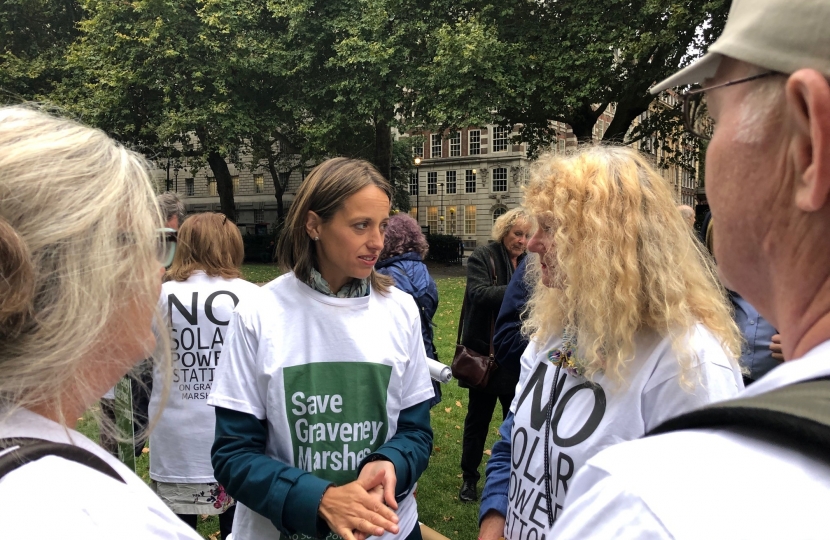 I was delighted to welcome campaigners fighting to save Graveney Marshes to Parliament on Monday 9 September.

Fifty campaigners travelled to Westminster to raise their concerns about the 860-acre solar development, which is being opposed by the GREAT campaign and other local and national groups.

I secured a debate in the House of Commons on the local environmental impact of the development – which would be built on land earmarked for wetland restoration.

The debate was postponed, but the campaigners were able to meet Environment Minister, Zac Goldsmith, in one of the committee rooms in Parliament. Our meeting with the Minister was a great opportunity for people to put their concerns directly to him.

The Minister listened to concerns about the landscape being destroyed, wildlife being driven away, and the noise during and after construction of the development.

Tackling climate change and helping our wildlife are vitally important, but they need to happen together. If we trash our landscapes and drive away wildlife in our efforts to tackle climate change, then what good have we really achieved?

We should be building solar power plants in industrial areas, making use of land that’s already developed - or at the very least, not precious and rare habitats like marshlands.