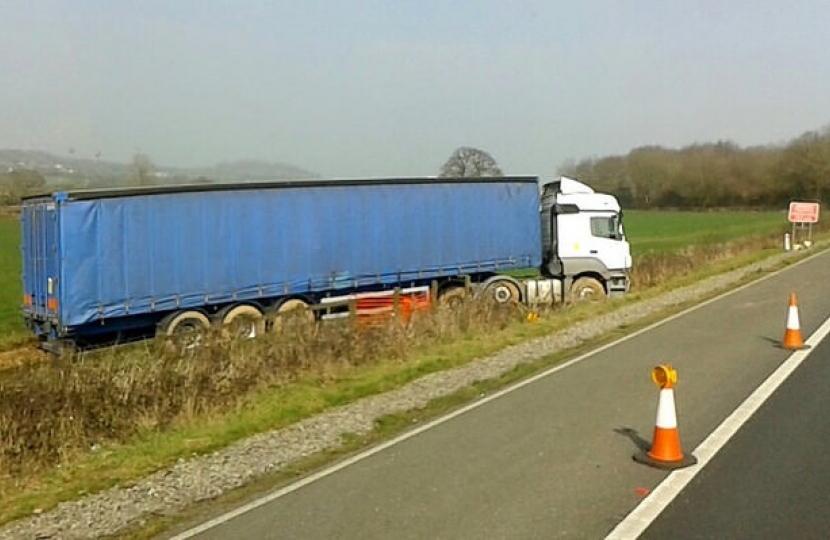 Fly-parking lay-bys is dangerous and horrible for lorry drivers. So I’m pleased that the Government has listened to me and increased fines for illegally parked lorries. This will mean that the local council is no longer being left out-of-pocket for clamping more lorries.

I wrote to the Minister Jesse Norman on 14th December explaining that it costs £150 to clamp a lorry but the council is only allowed to charge a £40 fee and asking him to increase fines.

He has now agreed to allow Ashford Borough Council to charge £150 fines while it is trialling clamping lorries after their first offence.

Along with tougher rules we need more lorry parking spaces. I understand a number of commercial lorry parks in Kent are looking to expand and the Government is working on whether a permanent solution to Operation Stack can also be used to tackle fly-parking.

Lorries parking on residential roads, lay-bys, verges and other inappropriate places is a blight on parts of Kent. I'm campaigning for more parking spaces and tougher fines when drivers break the rules.