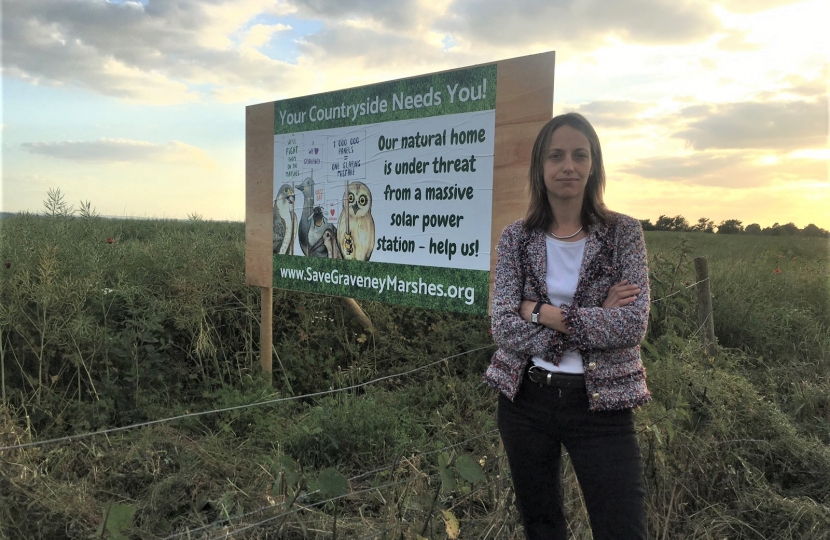 For the past two years I’ve been part of the most incredible campaign to stop this development from happening. It has brought together people from different political backgrounds with a fantastic range of knowledge and expertise.

We put forward a strong and positive message about how to make Graveney Marshes a better place for wildlife – but clearly it wasn’t enough to win the argument.

Many people will be shocked and hugely disappointed by this decision – particularly people in Graveney and the surrounding area. I spoke to campaigners the day after the decision was announced (Thursday 28 May) to discuss where the campaign goes from here. Several options are being considered.

What’s clear is that while consent has been granted, concerns about this development have not gone away. The developers need to recognise the level of concern about their plans and work more closely with the local community.

I’ll continue to speak up for the people most affected by the development. This decision is not an excuse to ride roughshod over the concerns of local people.

National recovery at the heart of Queen's Speech

National recovery is at the heart of the Government’s plans for the year ahead.

As the phenomenal success of the vaccine rollout continues, our focus is on rebuilding from the pandemic and delivering improvements that matter to people.