The NHS has been there for us when we need it for 70 years - with a £20.5 billion budget increase, it will be there for us in the future 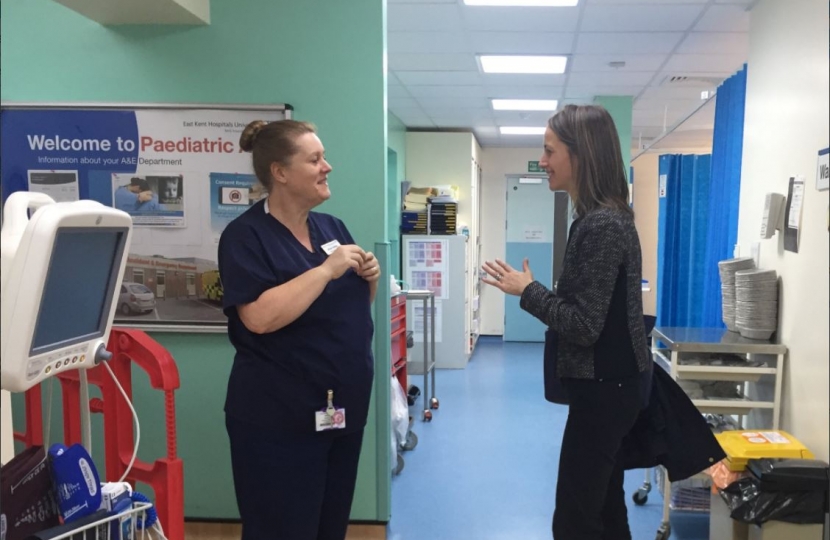 When my son was five he got a terrible tummy ache on Christmas Eve. At first we thought he’d eaten too many mince pies, but when he was too ill to open his Christmas stocking, we knew it was serious. We took him to A&E where the staff were brilliant, and quickly diagnosed appendicitis. He had an operation in the morning and was home within two days, keen to catch up on all the sausages he’d missed out on over Christmas.

Everyone, whatever their background, has a similar story – something to thank the NHS for. It’s been there when we’ve needed it for the last 70 years, and we all want it to be there in the future. But the world is changing - people are living longer with more complex conditions. To keep pace with growing demand, the NHS needs money. In 2014, chief executive of the NHS Simon Stevens estimated he needed an extra £8 billion to balance the books – the Government put in £10 billion.

This week the Prime Minister announced that the NHS budget will increase by £20.5 billion in real terms by 2024. That’s a 3.4% rise every year for the next 5 years.

£20.5bn is a huge sum, and as a country we are going to have to contribute a bit more. But there’s no way to have the sort of health service we want without spending more.

To make sure the money goes far enough the NHS will have to change. We’ll have to treat more people outside hospitals. We’re training more GPs, but we’ll have to get used to seeking help from other health workers too.

We’ll have to get better at looking after ourselves, and a greater share of the NHS pie will need to go into mental health.

And we have to fix social care – because having people in hospital beds who should be getting social care isn’t good for anyone.

Some of the hardest choices in politics are about spending, because everybody has a case – whether it’s schools, roads, police, defence, or health – and the money comes from somebody’s pocket. Overwhelmingly, British people choose to spend on the NHS - the job ahead is to make the most of every penny.