More police officers on the way in Kent 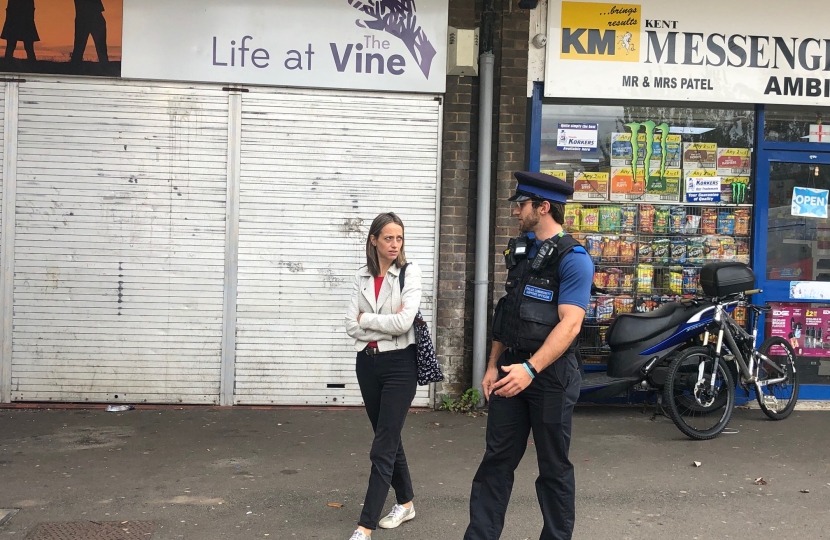 Kent Police is getting a funding boost to help keep our communities safe and tackle crime.

Thanks to the increase in the national police budget, Kent Police will be getting an extra £19.5 million next financial year.

Our Police and Crime Commissioner, Matthew Scott, has welcomed the Government’s announcement and said the extra funding will be used to deliver 145 more police officers in Kent.

I know that crime and anti-social behaviour can have a huge impact on people’s lives. This announcement means safer streets and more support for tackling the crimes that matter most to people.

Across the country, police forces will be getting a share of a £15.8 billion budget for policing in 2021-22 – an increase of £636 million on last year. This is part of the Government’s commitment to deliver 20,000 extra police officers.

We have more police officers in Kent than ever before, and when this next uplift is delivered, we will have 205 more officers than in 2010. I know these extra officers are already being put to good use, with projects like the Maidstone Task Force.

I’m determined to help those areas in Faversham and Mid Kent that are most in need of more police resources.

Local communities were at the heart of responding to the coronavirus pandemic with people checking on neighbours and forming mutual aid groups.