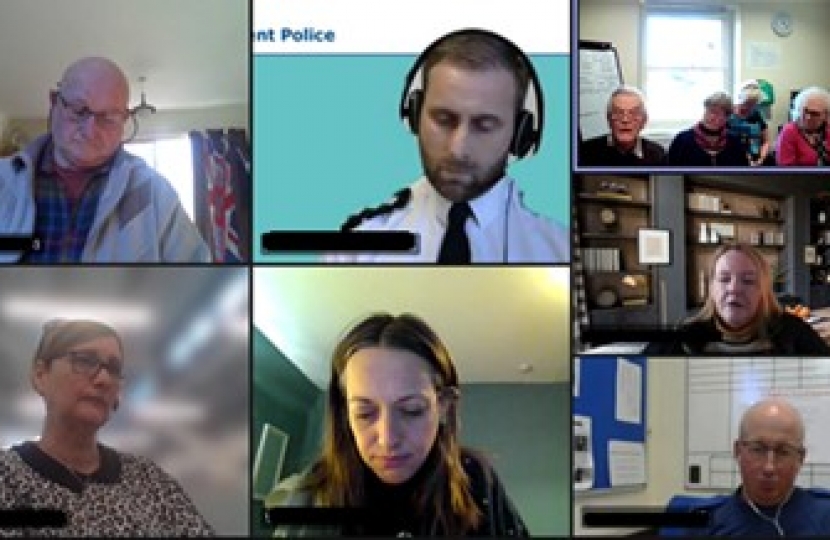 I know people in Headcorn are worried about the safety of roads around the village.

I recently hosted a virtual roundtable meeting of local councillors, Kent Police, and Kent Highways for an update on action to tackle crime and anti-social behaviour around Headcorn.

While overall reports of crime in the village have declined, cars driving dangerously fast and lorries using narrow lanes as rat runs are clearly a big concern.

I’m working with the local police and Kent Highways to come up with solutions. It’s clear we need joined up action to make our roads safer – with better road signage and stronger enforcement.

I’m glad this work is already underway with Kent Police running “Operation Mandalay” which is focused on catching dangerous drivers around Headcorn, and a separate safety operation is being set up specifically for Lenham Road.

The police will also be running a “Neighbourhood Week of Action” across Maidstone district during the week of 17 January, including clamping down on speeding in the village.

And Kent Highways have told me they will run speed surveys in Headcorn as well as a general review of road signage and white lines around the village.

I’ll continue to do everything I can to make sure local residents are not driven off our roads.

Local communities were at the heart of responding to the coronavirus pandemic with people checking on neighbours and forming mutual aid groups.