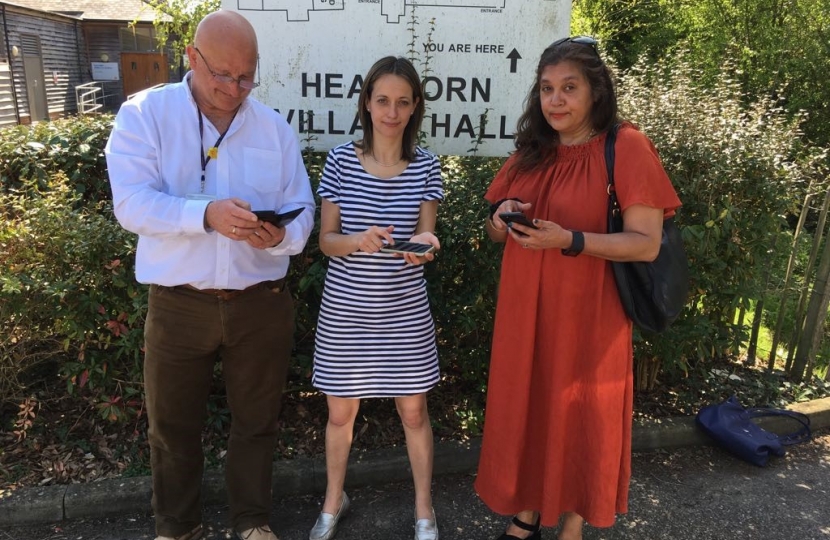 Headcorn has a timeless charm, but that doesn’t mean it’s stuck in the past. Though sometimes, when struggling to make a call or send an email in the village, it can feel like you’re back in the last century. It’s particularly bad at the station, which is so frustrating if you want to check your train times or let someone know you’ve arrived.

So I was shocked to find that the official broadband and mobile checker says there’s good coverage everywhere in the village, whatever network you’re on. I knew this just wasn’t right, so I decided to investigate.

I sent a survey to 3,000 people in Headcorn asking them what kind of broadband and mobile signal they could get, and if any parts of the village were particularly bad. As I suspected the results were wildly different to what telecoms regulator Ofcom indicated.

My survey showed that 60% of O2 users in Headcorn can’t make mobile phone call outdoors. Some residents said they struggled with EE and Three signal on The The High Street, Wheeler Street and Station Road, even though the checker says there’s good coverage in these places. And we know the problem isn’t just in Headcorn, there are plenty of other ‘not spots’ in and around Maidstone.

Most people can’t reliably access 3G or 4G data, although it should be noted that in some cases a change of network, handset or contract could improve their signal. The best network for data is EE, where about half of people can access 4G, but on O2 only 10% of people can get a connection to fast mobile data.

On broadband, it seems that a third of people can’t receive a standard service of 10Mbps download speed and 1Mbps upload speed. This falls far short of the Government’s ambition to have a universal service at these speeds by December 2022. This just isn’t good enough for a village like Headcorn.

On the back of these results I’ve written to Ofcom, asking them to make sure that the mobile tracker is accurate and work to improve coverage in Headcorn.

The Government and Kent County Council have been doing lots of work to bring us faster broadband, but even so a third of Headcorn still can’t get the minimum speeds set by Ofcom. I’ve written to them asking what they are going to do to make good broadband a universal service, and bring Headcorn into the 21st Century.

Better broadband for people in Headcorn

Superfast broadband is not a luxury, it’s a necessity. Whether you’re running a business, staying in touch with family, doing homework or paying your bills, a quick and reliable internet connection is essential. But parts of Kent, including Headcorn, are getting left behind.