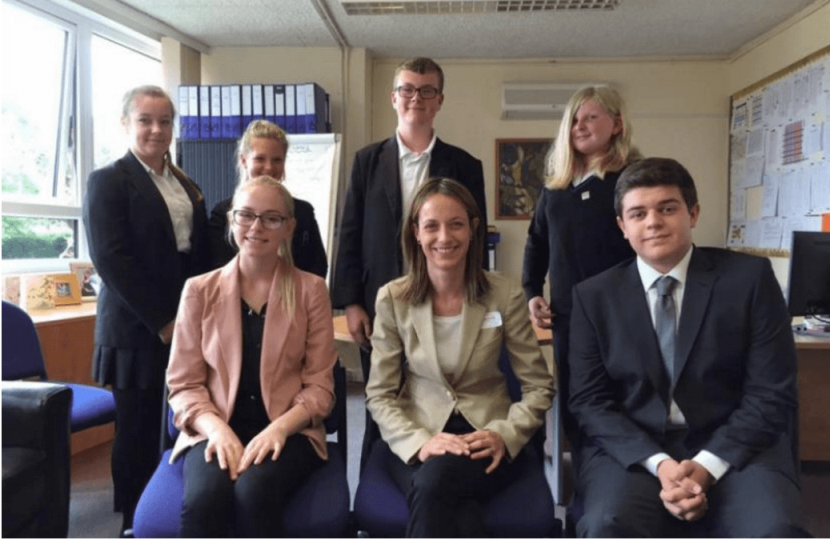 I am pleased that the Government is committed to providing excellent education opportunities for all our children, no matter where they live or what school they go to. Not every school, however, receives the same amount of core funding, which means that schools in some parts of the country are receiving considerably less funding per pupil than other parts.

Since I was elected, I have been campaigning for a new, fairer funding formula. It’s vital that our children here in Kent are given the same opportunities to access excellent education as those children living elsewhere.

Kent schools are among the poorest funded in the country. They receive, on average, about £2,000 less per pupil than in the best funded areas of the country. Already many of our schools have been facing tough funding decisions, and I want to make sure this does not impact on the high quality of education our schools offer.

The government initially undertook a consultation on the funding formula in 2015. This led to a series of proposals being set out which were again consulted on, and that second consultation ended on 22 March 2017.

One of the factors that has been explored, for instance, is how best to take into account children from more deprived backgrounds. I am pleased that the deprivation definition has been widened beyond just children on free school meals: it will also include children who have fallen behind and need more help to catch up.

I have been in close contact with schools across the constituency to listen to their concerns and to vocalise these at the national level. I have met the Secretary of State for Education, Justine Greening, on numerous occasions to put forward the case for fairer funding for Kent's schools. Based on the current modelling of the new formula, I am concerned that it does not goes far enough for our schools, particularly those already hard hit, and I have been pressing hard for the figures to be revisited.

The Government will now be analysing the findings of the consultation and I will keeping a very close eye on this as more information emerges.

I am also glad to see that the Government has committed to an additional £216 million over the next three years to support England’s 20,000 existing state schools that are in need of repair or redevelopment. The Budget allocated £320 million to develop 110 new free schools and grammar schools so that parents have a wide range of choice to suit their children.