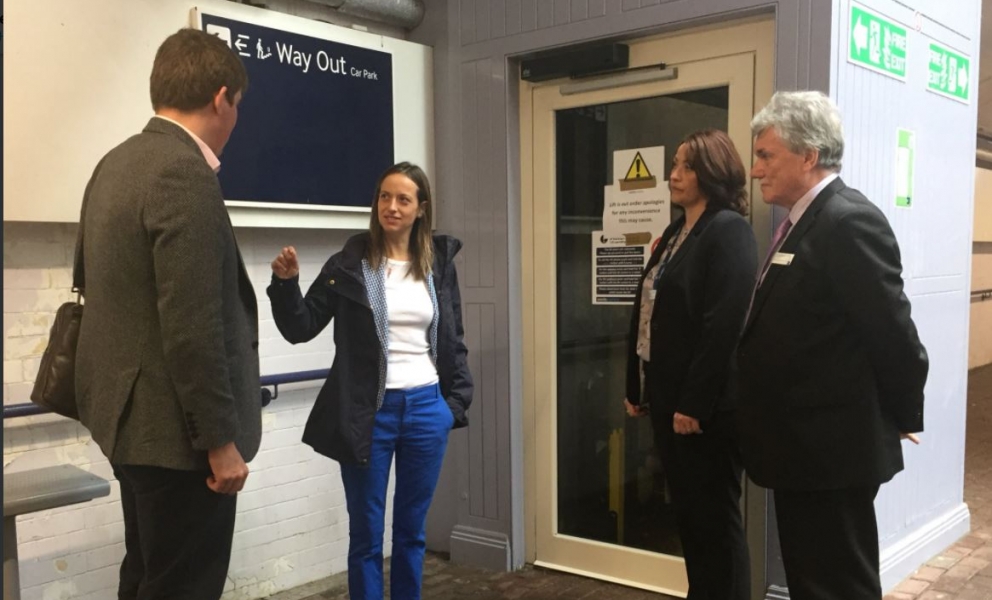 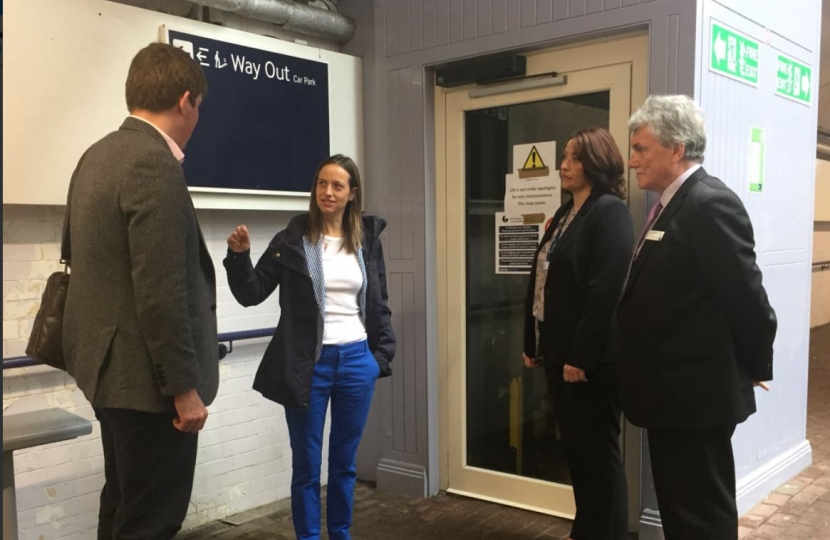 • More services to Victoria, the City and St Pancras

• An easier-to-use compensation scheme for delays

• Wifi and plugs for laptops and phones on all services

Many people in Faversham and Mid Kent rely on trains to get to work and for leisure; in term time, children use the train to get to and from school. Access by rail is important for local businesses and tourism. We need fast, frequent, reliable and good value train services.

Across the country, more people travel by train now than at any time since the 1920s. Choosing trains over other forms of transport has many benefits, but the increase in passengers puts strains on the system. The Conservative Manifesto pledged the biggest investment in rail since Victorian times and that pledge is being met nationally with £38 billion being spent on upgrades.

My job is to make sure the constituency gets a fair share of the Government’s investment in rail, and to hold to account the organisations people rely on for rail services: Southeastern, the current franchise holder, and Network Rail, which maintains track and infrastructure.

Since becoming the MP for Faversham and Mid Kent I have replied to hundreds of emails about local rail services, often from people frustrated by them. Overall, the main concerns are delays and overcrowding, poor communication by Southeastern and Network Rail about problems, reductions in services to the City, longer journey times following the introduction of HS1 and the level of fares. In Faversham there are also unreliable lifts and a grotty subway under the tracks. The lifts have not worked properly since soon after they were installed. Southeastern have acknowledged they need to be replaced.

Late trains are enormously disruptive for work and home life, and though we all understand there will be occasional crises which delay services, such events should be few and far between.

Work to renew the south east rail franchise is due to start soon. I see this as a major opportunity to see improved services for the constituency. The average journey from Bearsted to London took 1 hour 13 minutes in May 2015 and the best scheduled 'high speed' journey between Faversham and St Pancras was 1 hour 4 minutes. Meanwhile, it takes only 37 minutes to go from Ashford to St Pancras. Other areas are benefiting from faster services; I don't want to see Faversham and Mid Kent left behind. I encourage you to take my rail survey to make sure your voice is heard.

Also, peak time services from London to Bearsted were reduced from eight per hour to six between 2014 and 2015 and there were reductions in the number of trains running from Faversham to Victoria and the City when HS1 arrived. This means inconvenient journeys for some passengers and longer car journeys to better served stations, like Headcorn, for others.

In addition, it seems Bearsted passengers pay more per mile than passengers from other Kent stations. I’m supporting a long-running campaign for fairer fares from Bearsted, led by the Bearsted Commuter Group.

Though season tickets are expensive, they offer good value to commuters compared to purchasing individual tickets. But, buying a season ticket rarely adds-up for someone working part-time, forcing part-time workers to pay full price even though they may be less regular rail users. This can hit parents who are working part-time around childcare commitments, often with tight budgets.

Lastly, but very importantly, we must bear in mind the new housing planned for many parts of the constituency; it is vital that infrastructure keeps pace with development and that includes rail.

A change to the season ticket model is long overdue.

I’ve joined other Kent MPs in calling on Southeastern to introduce flexible season tickets. This would make a huge difference to people who get the train to work.

It’s time to finally get lifts at Headcorn station

People have waited long enough for lifts at Headcorn station. It’s a busy station and the steps pose a real challenge for many people.

I’ve called for Headcorn to be included in the list of stations receiving funds from the Government’s Access for All programme.

I'm disappointed that plans to restore Maidstone's direct connection to the City of London have been delayed again.

Whether getting home late from work, missing a connecting train or arriving late to a meeting – train delays are a nightmare.

I met Rail Minister Chris Heaton-Harris to tell him not to delay new Thameslink services to Maidstone East. They were due to start in December 2018, but have been pushed back to December 2019.

The underpass at Faversham station is finally getting some attention. South Eastern has announced it has secured £130,000 of funding to carry out renovation work on the Grade II listed building.

Minister must put train upgrades back on track

I’m frustrated that the competition to find a new operator for Kent’s railways has been cancelled.

Disabled passengers, parents with buggies – anyone who can’t use stairs – can’t get onto the London-bound platform at Headcorn. Some people are going in the wrong direction as far as Ashford to get to a station with a lift.

Faversham Station once embodied the thrill and romance of the Victorian railway. One family living in The Mall built a special platform in the garden so their children could watch as it was built. 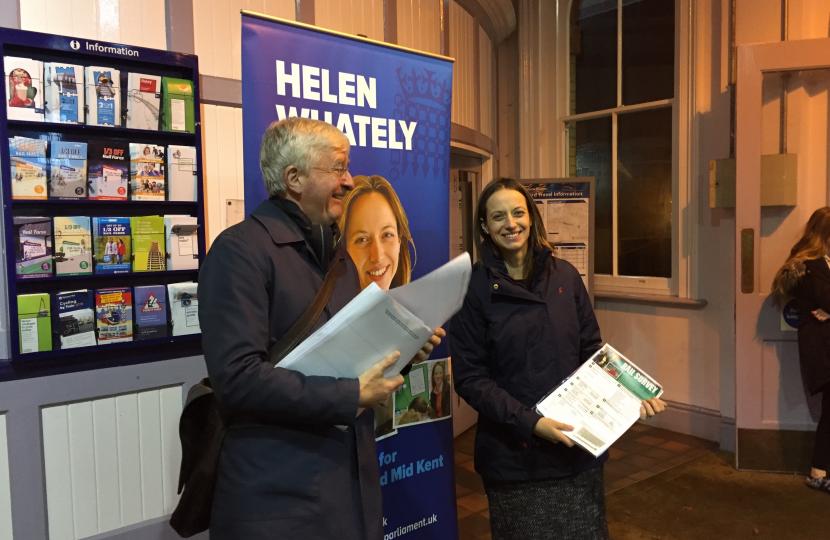