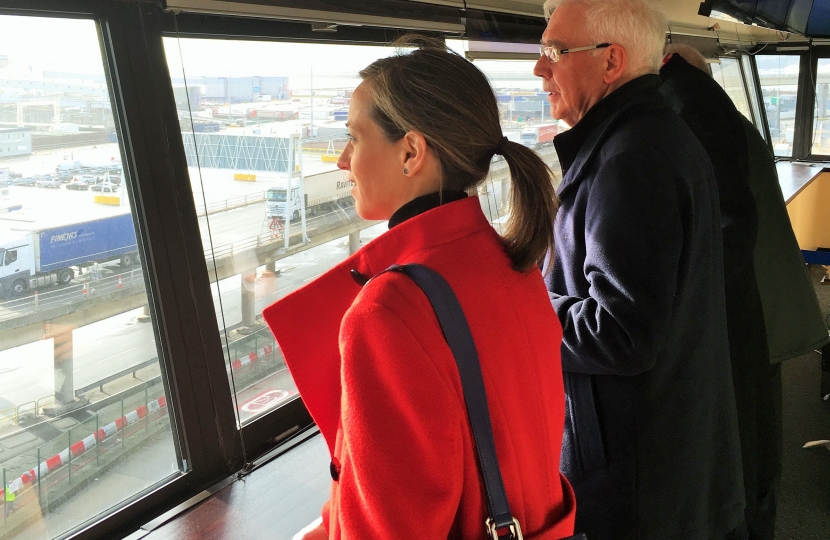 This week Parliament will be voting again on the Prime Minister’s Brexit deal. Since the referendum, my guiding principle has been to honour the referendum result while being mindful of individuals and businesses who are worried they will lose out through Brexit. That is why I have supported the steps the Government has taken towards an orderly exit from the European Union, including the triggering of Article 50 and the negotiation of the Withdrawal Agreement.

Following the rejection of the deal by Parliament, the Prime Minister and the Attorney General have been in further negotiations with the European Union, particularly seeking to secure guarantees that the backstop, if used, will only be temporary.

I intend to vote for the deal again. The fact is, we cannot have an agreement that fulfils everything both sides want. Those who vote against in the expectation that there’s a better deal or that they will get a ‘managed no deal’ take a huge risk, as the most likely outcome if the vote is lost is that Parliament will force the Prime Minister to seek a lengthy extension of Article 50.  I don’t think a long or indefinite extension is in the constituency’s, or the country’s, best interest. We can only move onto the next phase of negotiations with the EU once we’ve left, and staying in for longer will drag out uncertainty as well as delaying our opportunity to make the most of being outside the EU.

I don’t think we should take no deal off the table. The EU don’t want us to leave without a deal, so it is useful as leverage in the negotiations. Some people have suggested the EU don’t consider no deal a material risk, but all their no deal preparations are evidence they do recognise it as a possibility. On our side, the Government is right to make preparations for no deal even though I am hopeful we will leave with an agreement. For us in Kent, I’ve been meeting regularly with the Roads Minister Jesse Norman to make sure that Kent’s highways will be ready for any eventuality. I have also visited the Port of Dover and questioned officials about readiness for our exit both at Dover and Calais.

Some people want a second referendum. I think that this is a bad idea because it will not solve anything. People cannot even agree on the question. From the majority of emails, letters and conversations I’ve had with constituents, I don’t think this constituency would vote differently if we held another referendum anyway and I hear the same from many other MPs.

I have hundreds of emails and letters about Brexit from constituents, as well as countless conversations on the doorstep and at my Brexit town halls. If you haven’t shared your views with me already, please do so that I can get the most accurate picture of what the constituency thinks.