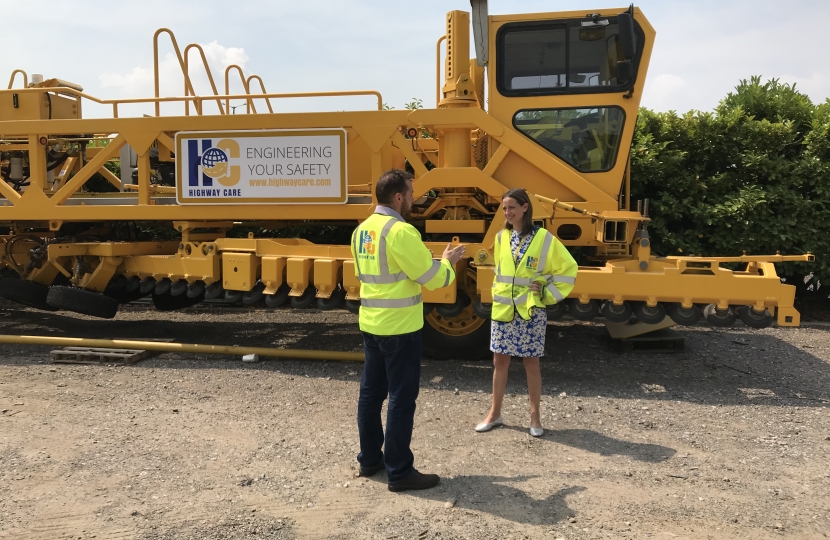 I’ve told Ministers we need to avoid forcing more lorries onto roads that are unsuitable for HGVs as we prepare to leave the EU transition period.

I know many communities in Kent already have problems with lorries thundering along local roads. We need to do everything possible to avoid making this worse when the EU transition period ends on 31 December.

The Government wants to see a free trade agreement concluded with the EU by the end of the year – which will allow freight to continue to flow along our roads to the Channel Ports. However, it’s right we prepare for any outcome.

At a meeting with Ministers and officials, including Minister for the Cabinet Office, Michael Gove, I stressed that we need to make sure our road network and infrastructure in Kent is able to cope with any outcome in the negotiations. This includes the possibility of more customs checks.

A number of measures are already in place – including revised plans for Operation Brock on the M20, and work to secure extra lorry parking and customs checks along the Channel corridor.

I’ve told Ministers it’s crucial that lorries don’t end up using local roads – like the A251 – to access new customs checks or to avoid Operation Brock.