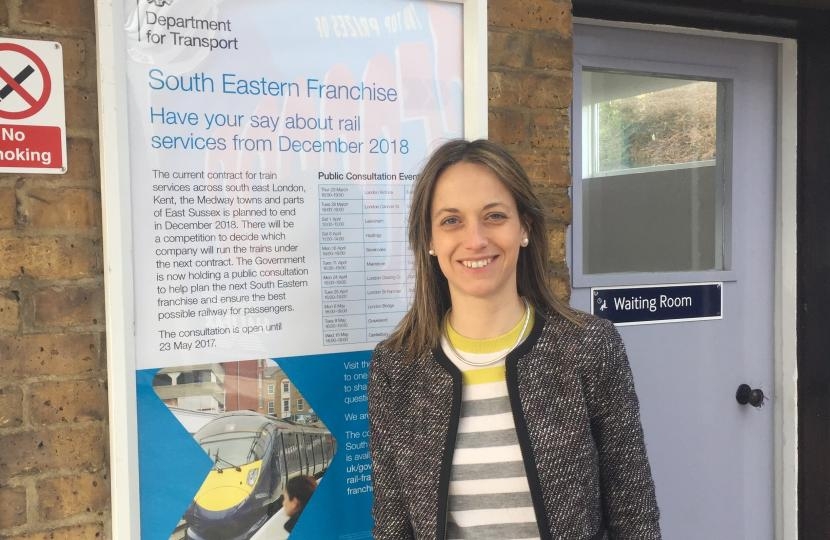 The Rail Minister, Chris Heaton-Harris MP, told me: "work is ongoing with officials and the industry to improve the frequency of Maidstone East services to the City as soon as possible".

I know people have been waiting for these services for a long time, but I hope this response from the Minister provides some reassurance that they are not being forgotten.

Thameslink services were due to start running from Maidstone East in December last year, but were delayed on account of timetabling concerns.

These new services must not make life difficult for other people using the rail network – there is no point improving services for some commuters if it makes life harder for others. The Minister has assured me this will not be the case. “This Government is determined to put passengers first, so it is important any new services do not impact on the reliability and punctuality of existing services used widely each day”, he said.

I will continue to monitor the situation carefully.

An update on the Lenham Heath ‘garden village’

Concerns about a huge new development at Lenham Heath have not gone away.

On Friday 11 September, I took part in a virtual meeting with Lenham Parish Council to discuss the next steps in the campaign to save Lenham Heath.