An update on Brenley Corner 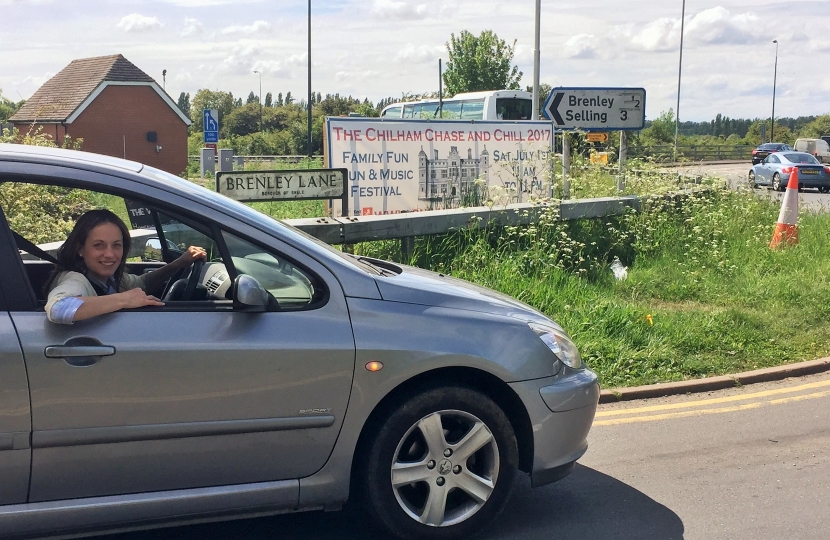 Efforts to improve Brenley Corner have been given a boost by the Minister responsible for roads.

Roads Minister, Baroness Vere, has said she recognises “the force of the case” about upgrading this junction. This is really encouraging.

The Minister wrote to me after I called on the Transport Department to include Brenley Corner in the Government’s second Road Investment Strategy (RIS2), which is due to start in April this year.

Investment in Brenley Corner is long overdue. It’s a notorious bottleneck – causing regular queues on the A2 between Faversham and Canterbury and the slip road off the M2. I’ve been campaigning for investment to fix these problems at the junction since I was first elected in 2015.

Given its position along a strategically important route between the Channel Ports and the rest of the UK, it should be high up the list of priorities for investment.

I’m pleased the Minister recognises these arguments. In her letter to me she says “I am conscious of its significance for local residents and businesses in Kent, and the impact that congestion has for them.”

There is a lot of competition for investment, but I’m determined to get Kent its share of extra funding for road improvement.