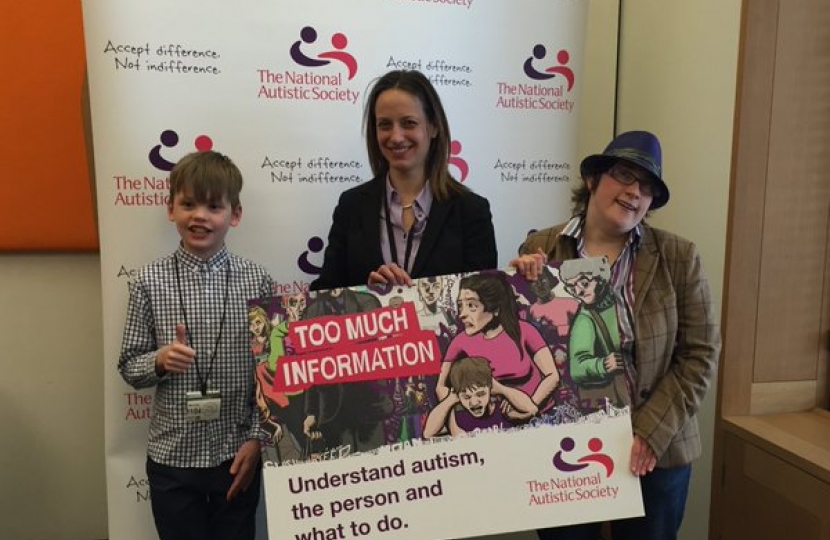 We must work harder to raise awareness of this condition. No-one should ever feel so misunderstood that they sometimes can’t leave their home.

That’s why I'm pleased to support the Too Much Information campaign and am encouraging my constituents to learn a little bit more about autism.

A basic understanding of autism could help open up the world for autistic people and their families in our community and across the UK.

As part of the campaign, the charity has released a report (Too Much Information: why the public needs to understand autism better) which revealed how poor public understanding of autism is pushing autistic people and their families into isolation.

According to a survey of over 7,000 autistic people, their families and friends, and professionals:

• 84% of autistic people say people judge them as strange

This is why the National Autistic Society is calling on the public to find out more about autism so they can respond to autistic people with more understanding.

More than 1 in 100 people are on the autism spectrum. This means that someone sees, hears and feels the world in a different, often more intense, way to other people. Autistic people often find social situations difficult and struggle to filter out the sounds, smells, sights and information they experience, which means they feel overwhelmed by ‘too much information’ when out in public.

In 2015, a YouGov poll found that over 99.5% of the people in the UK had heard of autism. However, just 16% of autistic people and their families said that the public had a meaningful understanding of autism. This means that while lots of people have heard of the word autism, very few actually understand what it means to be autistic.