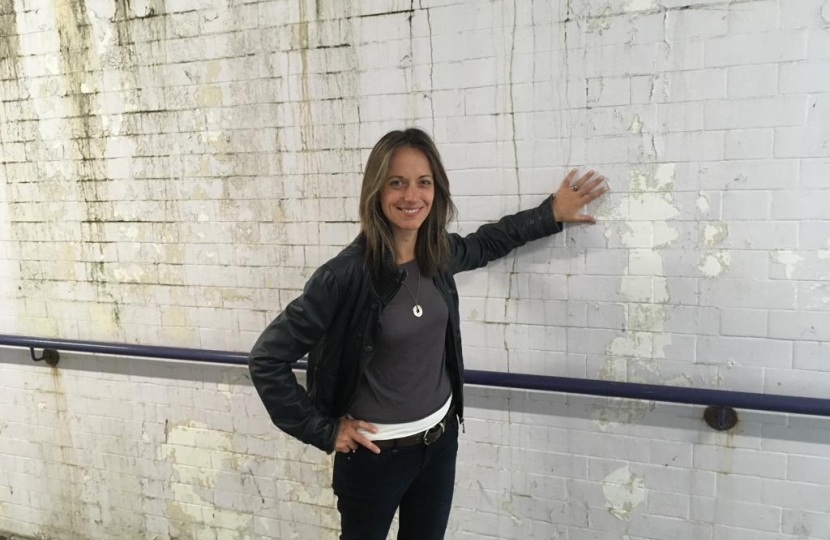 The underpass at Faversham station is finally getting some attention. South Eastern has announced it has secured £130,000 of funding to carry out renovation work on the Grade II listed building. The plans include cleaning and repainting the walls and stairwell and replacing up to 300 damaged or cracked tiles.

People visiting our town for the first time or returning home from work don’t deserve to be greeted by a grotty underpass with flaking paint and tiles coming off the walls. This work will go a long way to improving people’s experience of the station.

Getting these improvements has not been easy. It’s been a combined effort from many people – including the Faversham Society – and I’m pleased we are finally seeing action on this.

The work builds on what has already been achieved in improving access to the station with new lifts and a better footbridge at Preston Lane. People should now be able to enjoy the station as well as access it.

But there’s no point having a station that looks good unless we have trains that run on time and people can afford. That’s why I’ve asked for an urgent meeting with the rail minister about the decision to cancel the South Eastern franchise competition. Getting this process back on track is vital to securing upgrades to the service, such as increasing capacity and reducing poor performance, so this needs to happen as soon as possible.

While I’m glad to see the national lockdown coming to an end, I know some people will be frustrated that the whole of Kent is going into Tier 3 as part of the new local restriction tiers.