Theresa May is the woman for the job 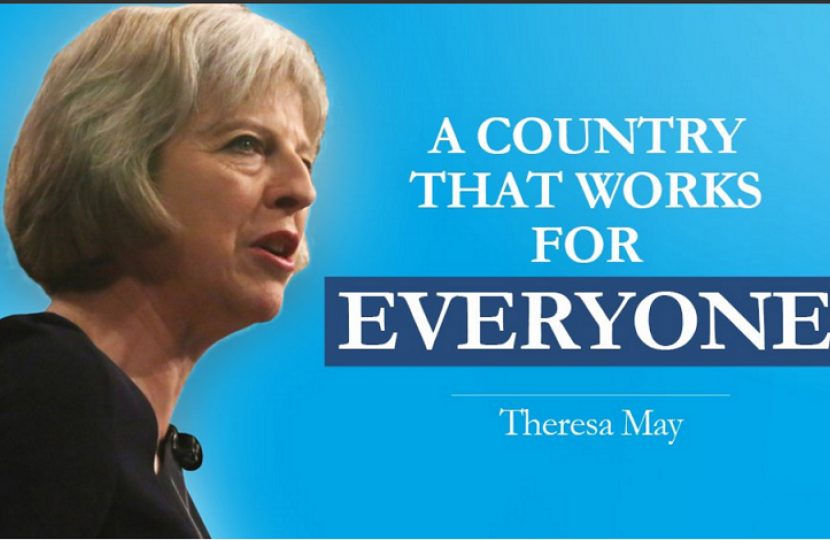 I am supporting Theresa May to become leader of the Conservative Party and the next Prime Minister. She is the right person to lead us through turbulent times, steady the economy, negotiate with the European Union, maintain our security from terrorist threats and bring together a divided nation.

Before reaching my decision, I questioned her (and other leadership candidates) about her plan for our future relationship with the EU, her commitment to the NHS, and her view on Britain’s place in the world. I have also sought her assurance that she will continue the work David Cameron has championed on improving the life chances of those worst off in our country.

She rightly intends to secure a deal with the EU which will give us control over immigration while maintaining the best possible access to the single market for goods and services. She’s been clear that “Brexit means Brexit”, and she’s already working on how to establish a position of strength for the negotiations. In so doing, she is drawing on her experience negotiating with Europe as Home Secretary, and I believe she will be a credible and effective leader for those critical negotiations.

Some people voted ‘Leave’ because of promises to give more money to the NHS. I would welcome more money for the NHS, but I am wary of promises which might not be kept. Theresa May was straight with me on this: while she will keep David Cameron’s commitment to an extra £10 billion for the NHS, she said further funding would depend on the economy. Her own experience as a diabetic also means she understands that much of what the NHS does is support people living with long term conditions. Too often the political debate about the NHS focuses on the dramas of A&E and acute hospitals. A Prime Minister who understands the importance of prevention and self-care can only be a good thing if the NHS is to cope in years to come.

The referendum has exposed divisions in our society, between those for whom globalisation is bringing exciting careers and wealth, and those with insecure jobs and flat-lining wages. Britain has a handful of vibrant cities full of opportunity, but across the country are towns where many feel prosperity has passed them by. The next Prime Minister must take the lead, not just in healing these divisions, but driving change - in the economy, in education and in society - so those communities are no longer cut off from opportunity and aspiration. This means pressing on with programmes like the Northern Powerhouse, the Thames Gateway and enterprise zones like our own North Kent Innovation Zone to stimulate economic activity outside London. And it means upping the ambition to improve education and opportunities for the worst off. Theresa May said when she launched her leadership bid “We will strive to make Britain a country that works for everyone, regardless of who they are and regardless of where they are from.” Along with like-minded colleagues, I will be holding her to this.

The referendum and the leadership contest has drawn our attention inwards to domestic politics. Meanwhile, civil war wages on in Syria, Libya and Yemen. Fleeing refugees drown in the Mediterranean and ISIL continues to inspire hideous terrorist attacks. In the last few days there have been suicide bomber attacks in Turkey, Bangladesh and Saudi Arabia. Our leaving the EU is another injection of instability into the world. Theresa May understands the seriousness of these threats, the necessity of security at home and the importance of strong relationships with allies overseas.

Finally, with such scepticism about politics and politicians, it can only be a good thing to have a leader who is renowned for being reluctant to seek the limelight, disinclined towards crowd-pleasing, and ultimately straight and decent. We need a Prime Minister who will bring the country together, follow through on the referendum result and show that we still stand by our allies in uncertain times – Theresa May is the woman for the job.