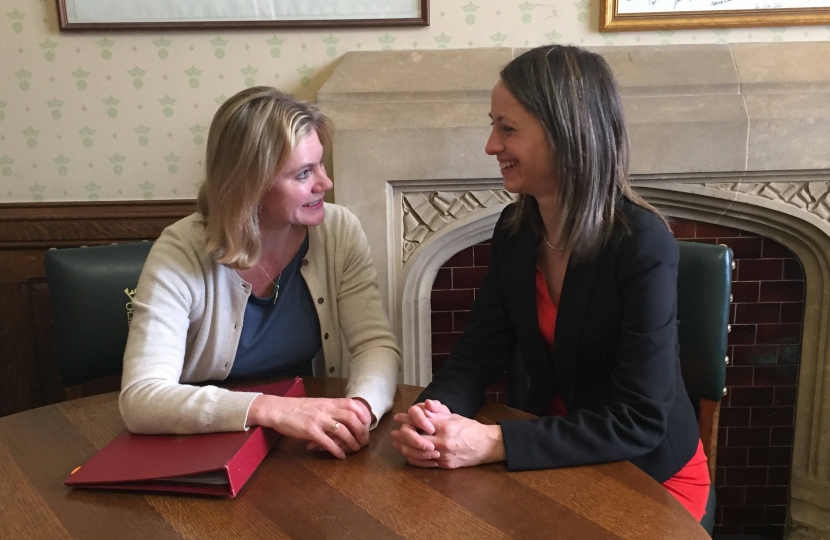 This is really good news for schools in Kent, which have been underfunded compared to other parts of the country for years.
I've been campaigning for an increase in per pupil funding, and

Because of the historic way schools are funded, a very similar school elsewhere gets more money at the moment. Previous Governments have failed to fix this - but now our school children will benefit from a Government that listens to the concerns of areas like Kent. The new formula will distribute funding more fairly around the county,

Schools should be engines for social mobility, giving every child the chance to succeed. Locally we have many brilliant schools, but some are succeeding despite their funding rather than thanks to it. A fairer funding system will mean local children get their fair share of the national funding pot.

I’ve particularly been pressing the Education Secretary to increase the minimum level of funding each school receives per pupil. At schools like Queen Elizabeth Grammar School in Faversham, that has reached a level that’s forcing the school to make very tough decisions like cutting subjects. I want to see our brightest students taking subjects which will set them up for their career aspirations.

I wrote to the Education Secretary before the election pointing out that the Grammar Schools Heads Association had calculated the minimum amounts required as needing to be set at least at the 2015-16 levels of £3,950 at KS3 and £4,502 at KS4.

I’m glad that the Secretary of State has listened – and on this particular point, has set a minimum per pupil level of £4,800. If my maths is right, that’s an increase of around £600 per pupil.

Alongside badly needed increases for some schools, the extra funding in the schools budget means no school should get a reduction in funding and even those already well funded will receive a 0.5% cash increase.

All in all this is a really positive announcement for local schools. I hope teachers and parents will be able to head off for the holidays reassured about funding for schools.”