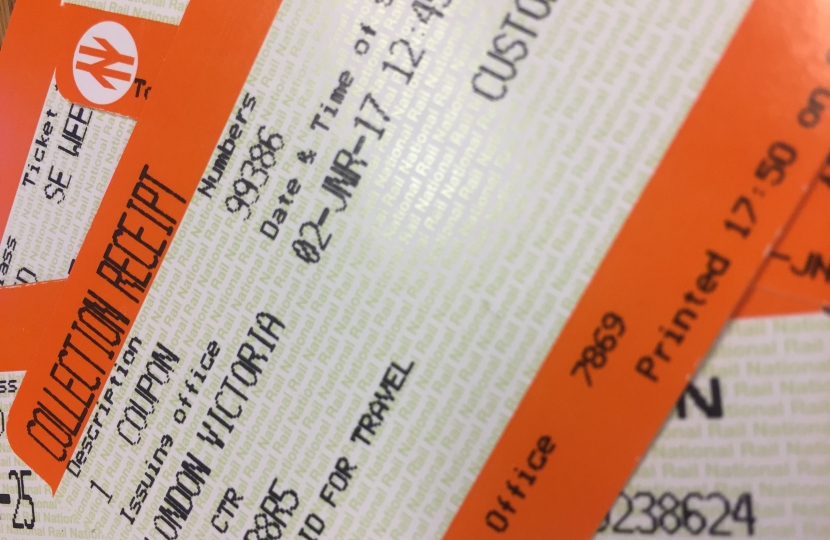 I was pleased to see the announcement from the Rail Delivery Group that 'radical changes' to rail ticket prices will be introduced to offer passengers the best value fares. In the future, train operating companies like Southeastern will have to simplify their fare structures to make it easier for customers to identify and buy the cheapest suitable ticket.

It will be easier to compare ticket prices, ticket machines will be more user-friendly, and if you change trains on a journey you won't be charged more than the price of two singles. The proposals are set to be rolled out first in the North and in Scotland. However, with the south east rail franchise up for renewal this year, I hope that we will get to see the benefits very soon too.

I know from my recent rail survey that commuters are very frustrated with expensive tickets: some 77% of respondents have told me that improving the value of fares is one of their biggest priorities. I will be writing to the Minister shortly as part of the Government's consultation on the future of the south east rail franchise. If you would like to have your voice heard, you can take the survey here.