My plan for Southeastern 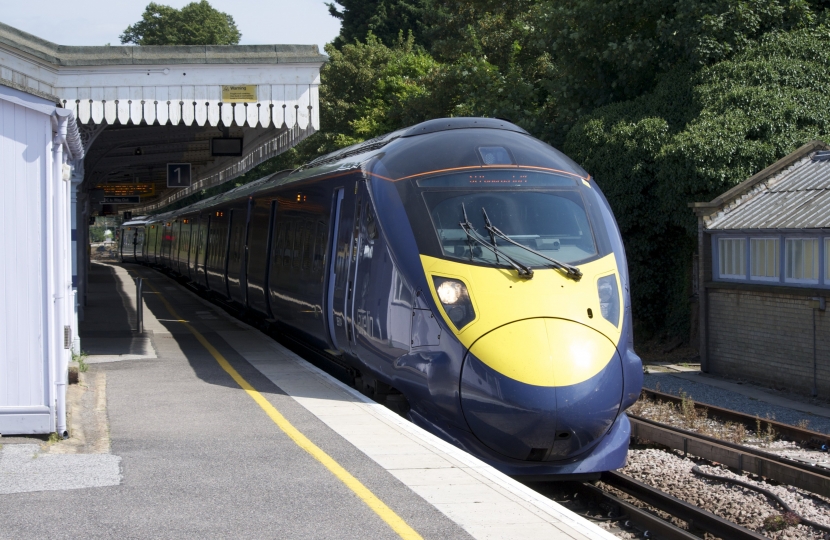 I have been asked ‘what’s the plan’ on Southeastern trains, as passengers continue to experience delayed and cancelled trains. Just to recap, earlier this year I wrote and spoke to the MD of Southeastern, managers at Network Rail, the Rail Minister and the Secretary of State for Transport about the disastrous performance of Southeastern trains since Christmas (which follows months, if not years, of delayed and cancelled trains). My conclusion from those conversations is that both Southeastern and Network Rail are trying to improve the bits they are responsible for and I’m hopeful there will be some improvement in the coming weeks but the service will still be frustratingly erratic for months to come.

For instance, Network Rail did a big signal upgrade over the Easter holidays which they expected to make things better. They have also been clearing up land slips which happened during wet winter weather so speed restrictions could be lifted. On the other hand, the restoration of the track destroyed when the sea wall collapsed at Dover will take the best part of a year, and that means for that period trains cannot run around ‘the loop’. That affects the timetable and reduces ‘resilience’.

On Southeastern’s part, they are recruiting more staff who will be able to step in at short notice, so you should get fewer trains cancelled due to lack of train crew. That happens if the driver or conductor of your train is stuck on another, delayed train. They are increasing the number of engineers who can fix broken trains too.

However, both Network Rail and Southeastern were disappointingly frank that until the works at London Bridge are finished, there will continue to be delays, including to trains that are not going to or from London Bridge itself. There was no alternative to upgrading London Bridge, but while the work is being done, there also seems to be no way of avoiding service disruptions.

While I understand the difficulties during the London Bridge upgrade, the terrible standard of service passengers experienced during the first couple of months of this year was unacceptable. I made this quite clear to Southeastern and Network Rail. The managers of both assured me that the actions they are taking should improve things. I’m frustrated that they wouldn’t make any commitment on the level of service they believe they can achieve, but I’m pragmatic that we have to give them a chance to take those steps.

My plan, therefore, is firstly, to keep monitoring performance. If it doesn’t improve, I will have to go back to the Minister, Southeastern and Network Rail and go through the whole process again of challenging them to sort things out. And in any event, when the work begins specifying the new franchise, I will be pressing for a contract which requires higher standards of performance with much stronger penalties for failure. I find it incredible that despite all the problems, Southeastern is still compliant with the terms of its franchise (which is something I found out in a recent correspondence with the Rail Minister). That’s clearly not right, and we will have a chance to sort it out in the 2018 franchising round.

I realise that this is frustrating – believe me, I’m frustrated too – but there is also no magic wand way of fixing all the problems. It’s incredibly helpful if rail users keep letting me know how you’re finding the service, and when the time comes for consultation on the new franchise, I’ll approach you for your input. In the meantime, if you have any suggestions on what more can be done, it’s always good to hear ideas.