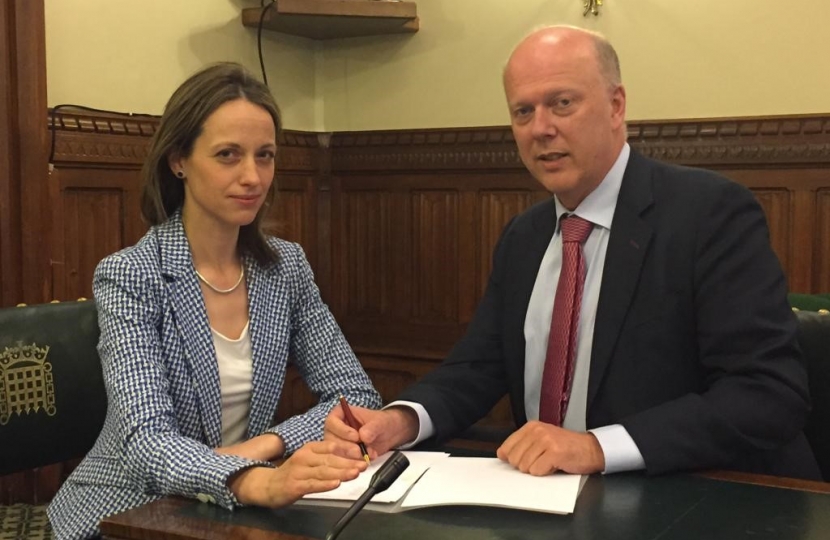 MPs from across Kent are calling for road upgrades ready for the opening of the Lower Thames Crossing in 2027.

The £6 billion scheme to build a new Thames crossing from Gravesend to Tilbury is designed to relieve congestion and improve links between north and south, but Kent MPs have said that the impact on roads downstream must be taken into account.

Forecasts show traffic on our roads will increase in any event, but the new crossing means vehicles will use different routes so some roads – like the A229 and the M2 – will get a much greater increase in traffic.

The Lower Thames Crossing should be a good thing for Kent, but it won’t be if it just shunts traffic jams further south. I’ve been pushing for Highways England to work out the impact on roads around Maidstone and Faversham. We now have the modelling and it’s clear, local roads must be upgraded in parallel – in time for the opening of the new crossing.

Cllr Andrew Bowles has removed Swale council’s support for the crossing because of his concerns for impact it might have on traffic and air quality in the borough.

I brought together ten Kent MPs to write to Highways England warning that unless the motorways and local roads are upgraded before the crossing opens in 2027, there will be gridlock. Read the letter here.

On the A2/M2 corridor, Brenley Corner is already rammed and dangerous; with the Lower Thames Crossing, even more traffic is expected to use this junction on the way to Dover.

I’ve been campaigning to get Brenley Corner rebuilt and Highways England have told me it’s got a good chance of getting funding in the next 5-year roads strategy, but that might not be in time. The Lower Thames Crossing is due to open in 2027. That’s why I brought together other Kent MPs to lobby Highways England. There’s no time to waste: Brenley Corner must be ready in time for the opening of the crossing.

There could be 25% more cars coming through Maidstone and double the number of lorries using Blue Bell Hill. Traffic around Maidstone is already at a standstill, and Blue Bell Hill is clearly not going to cope with this increase. The A249 is a well known accident black spot and impossible at rush hour, and that will see more traffic too. The Government is investing in the Lower Thames Crossing and they must invest in our local roads too.

Traffic on some of our roads - particularly at Brenley Corner - is out of control. With 1000s of new houses being built it will only get worse. The consequences of inadequate infrastructure were powerfully demonstrated in Summer 2015 when Operation Stack caused total chaos. That's why I'm campaigning for improvements to Kent's roads.

National recovery at the heart of Queen's Speech

National recovery is at the heart of the Government’s plans for the year ahead.

As the phenomenal success of the vaccine rollout continues, our focus is on rebuilding from the pandemic and delivering improvements that matter to people.