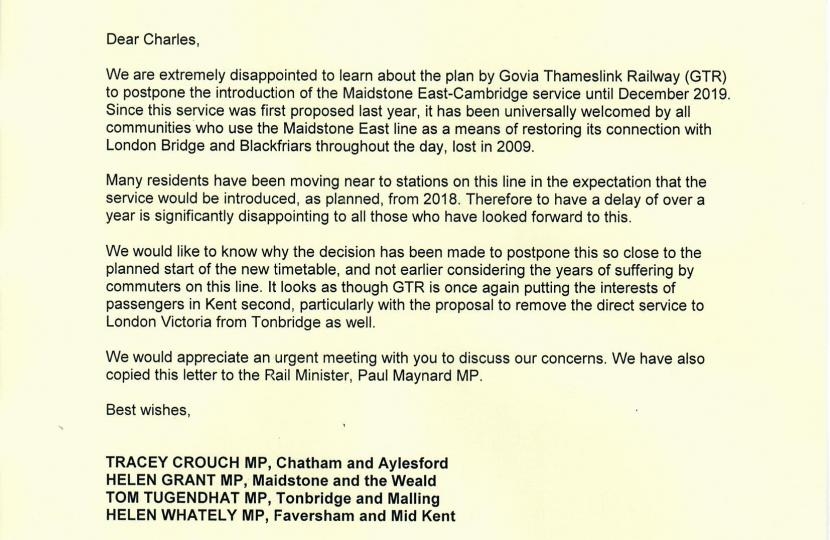 The Thameslink service would have connected Kent to Cambridge, helping our local economy to thrive. I understand that people have already been moving to the area in order to benefit from the new rail services.

Along with neighbouring MPs Tom Tugendhat, Helen Grant and Tracey Crouch, I've written to the managing director of Govia Thameslink Railway criticising the delay and asking for an urgent explanation and meeting. You can read the full letter here.