Kent is getting a medical school! 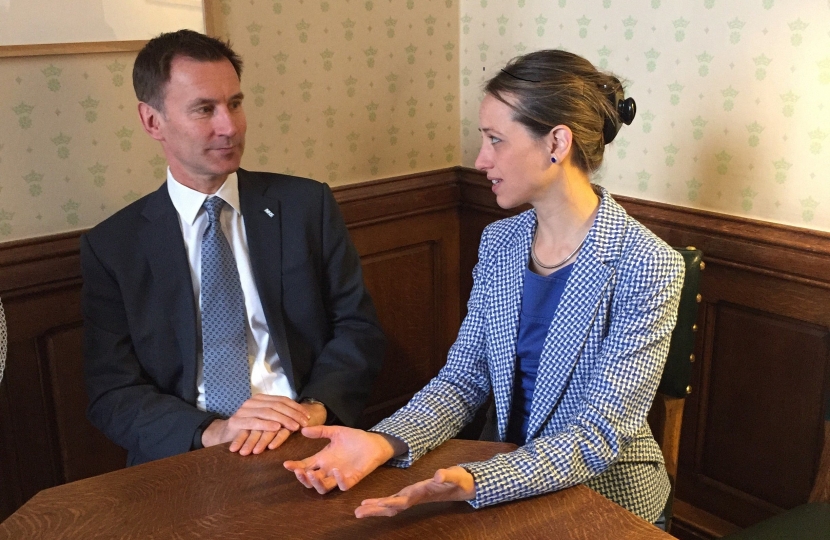 Kent’s success securing the medical school is the result of many months of hard work. I’ve been involved from the start, from initial conversations with Canterbury’s two universities to pressing the NHS to support the bid and lobbying Ministers to push Kent’s case. Congratulations to the team who did so much work on the bid, particularly Dr Peter Nicholls at the University of Kent, Debra Teasdale, Dean of the Faculty of Health and Wellbeing at Canterbury Christ Church University and local GP Dr Kim Stillman. Thanks also to Professor Karen Cox (Vice-Chancellor and President of University of Kent) and Professor Rama Thirunamachandran (Vice-Chancellor of Canterbury Christ Church University) for their leadership.  Thanks also to Sir Julian Brazier, who worked closely with me on this while he was MP for Canterbury and was a great supporter.

The goal has been to get our share of the new medical school places announced by the Government in 2016, in competition with existing medical schools looking to expand and other medical school. All credit to the team from the universities who put together our bid with the clock ticking all the time.

In recent years local hospitals and GP surgeries have really struggled to recruit enough staff. Our A&Es have had to rely on locum doctors because of the local shortage. We need 530 more GPs in East Kent to bring the number of GPs per head into line with the national average. Having a medical school here will encourage more young people from Kent to study medicine, and people from other parts of the country will build strong links with the area while studying at the school. This means more graduates are likely to choose to make their careers in Kent. The research and education opportunities a medical school will provide will also attract more senior doctors.

I’m also working with the NHS and local health campaigners on ambitious plans for the future of healthcare in East Kent. I want to see a new hospital in Canterbury - a centre of excellence, giving opportunities to the students at the medical school and supported by hospitals in other parts of the County. Today’s announcement that we are getting this new medical school is a big step towards achieving that.

Timeline of my campaign

I've campaigned for a medical school since the announcement in October 2016 of 1,500 new medical school places. I've called for this several times in Parliament.

23rd Jan 2017: I said: “Kent has strength in life sciences, but a conspicuous institutional gap in its lack of a medical school—an institution from which life science innovations frequently emerge,” in a House of Commons debate. https://www.theyworkforyou.com/debates/?id=2017-01-23d.41.1&s=medical+school+speaker%3A25398#g65.3

21st March 2017: I asked Health Secretary Jeremy Hunt: “Does my right hon. Friend agree that Kent, with its excellent academic institutions and strong life sciences sector, would be an ideal location for a new medical school, and will he support emerging plans to establish one?” in the House of Commons.

22nd June 2017: I said: “What patients really need is a new acute hospital providing world-class care and a medical school attracting the brightest and best doctors and nurses, making east Kent a centre of excellence in healthcare. As a university city and a major population centre with good transport links, Canterbury is the right place for a major hospital and a medical school,” in a debate she called on the Future of Kent and Canterbury Hospital on . https://www.theyworkforyou.com/debates/?id=2017-06-22b.291.5&s=medical+school+speaker%3A25398#g292.1

27th November 2017: I organized a letter signed by other Kent MPs supporting the bid. https://www.helenwhately.org.uk/news/kent-mps-join-forces-call-medical-…