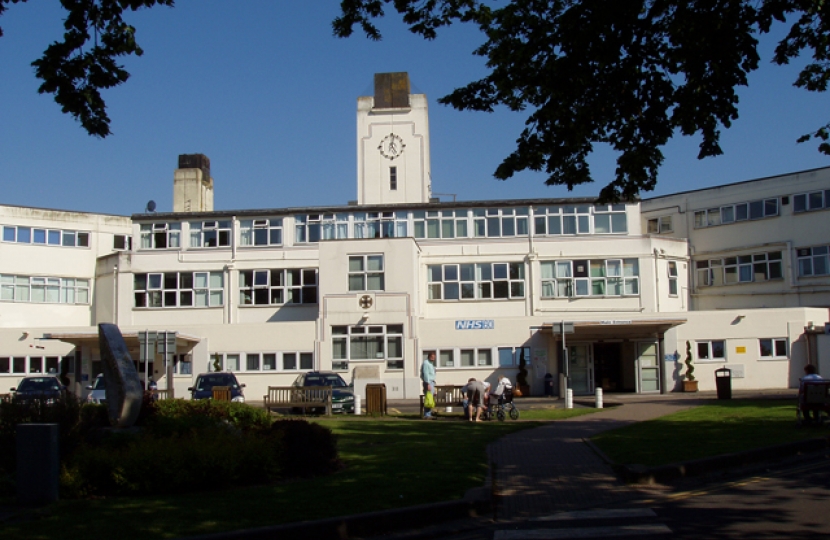 I’m deeply disappointed to hear there's to be a reduction in the number of Junior Doctors at Kent and Canterbury Hospital as the Trust has been unable to recruit enough consultants to oversee their training.

Clearly it’s not acceptable for junior doctors to be asked to train without appropriate supervision and I understand that means changes to some urgent care services at the hospital, with patients now being taken to Ashford or Margate instead. These are temporary changes, and I would be very concerned if they were to become permanent. The trust chief executive has assured me they will continue their efforts to recruit the consultants needed.

It’s now more important than ever that the plans for future healthcare in Kent include the option of a new major hospital in Canterbury and a medical school. We need an ambitious vision with gravitational pull to attracted talented medics, and make Kent a centre of excellence for healthcare.

I know people are very worried about the future of Urgent Care Services at Kent and Canterbury Hospital. Those fears were expressed – passionately -  at a recent meeting of Concern for Health in East Kent and NHS representatives.

I don't want to see services lost from the Kent & Canterbury. Nor must the hospital allow patient safety to be compromised by a lack of senior doctors. The most important thing is for patients to get the care they need.

At the meeting, we heard clearly that the reason services are under threat is that the hospital has struggled to recruit senior doctors, so it is relying on locums.

The NHS has been warning for some time that staff are being too thinly stretched across East Kent’s three emergency departments. What’s clear is that this is about staff, particularly consultants – you can’t provide the high standard of care we all expect from the NHS without doctors, nurses and care workers. It’s also clear that it’s become incredibly difficult to recruit medical staff to Kent and Canterbury.

The sustainability and transformation plan that’s being drawn up at the moment is intended to go some way to addressing these problems, but I’m pressing for a more ambitious long-term vision for healthcare in East Kent, together with Sir Julian Brazier MP. The ideas include a new specialist acute hospital in Canterbury and a medical school. This would enable us to train the doctors we need, attract the brightest and best to work in our hospitals, and be an important boost to Kent’s life sciences industry. It would make East Kent a centre of excellence.

I don’t want a sticking-plaster solution, I want to see a robust plan that guarantees excellent healthcare for people in Kent long into the future.