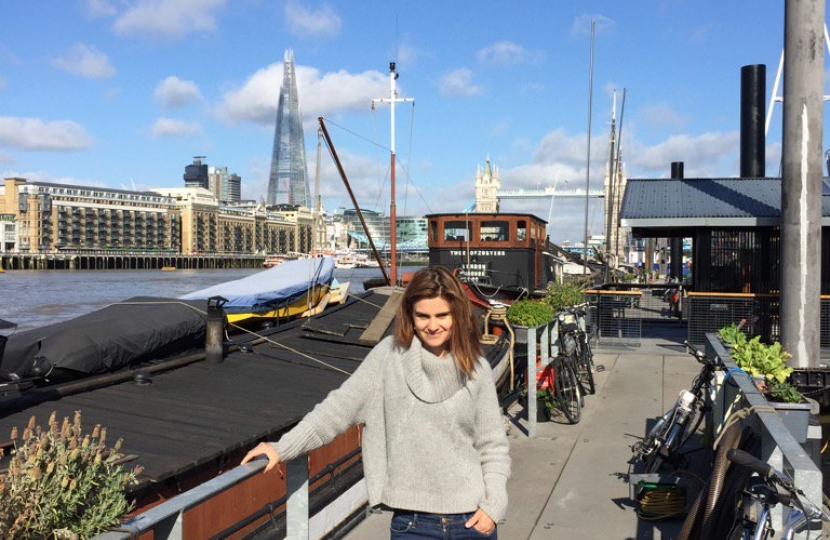 I am full of shock and sadness. Sadness for Jo’s family, her husband and young children who have lost her mother. Shock that she has been killed, and in such a horrific way. I felt so lucky last night as I tucked my children up in bed.

We all know as MPs that there is some level of risk to the job. That we are in some moments exposed, whether it’s in surgeries, canvassing in an area you might not be welcome, or in Parliament itself. The guidance on what to do in a terrorist attack on my office wall serves as a reminder, and that’s the risk we’ve recently worried about, to the extent we worry about safety.

You know that as an MP, you’ll probably encounter some anger. In the years of political campaigning on the journey to becoming an MP, you get used to having doors slammed in your face or a tirade from someone who disagrees with your party. Luckily those moments are outweighed a hundred times by the friendly conversations, the people who welcome you for caring and trying to make a difference, and the uplifting moments when you manage to help someone.

Sometimes the reactions you get are baffling. I’ve been shocked by the level of anger in comments – particularly on Twitter – when I’ve spoken up for migrants in Calais, or argued that Britain should have a relationship with Saudi Arabia despite its human rights record. I’ve been shocked by the abuse my staff have sometimes suffered from people phoning my office, haranguing them if they can’t fix something which is often nothing to do with Government or my responsibilities as an MP. And it perplexes me that people should think I’m doing this job for any reason other than trying to make things better – life better – especially for those who have been dealt a raw deal.

This is the common aim that unites all the MPs I know. Clearly it motivated Jo. There's disagreement about the right way to make things better, and what trade offs to make, but the intention is broadly the same. From that starting point, you can disagree with great passion but there’s no place for hatred.

Yet clearly that’s not understood by everyone, because there is real hatred. Usually it’s just expressed in an angry tweet or email, which can be upsetting – but you move on. Sometimes the best antidote is to check the ‘nice letters’ file (thank you to anyone reading this who has sent me a letter or email which might be in there – it really makes a difference). But on this awful, rare occasion, anger has been expressed in a way for which there can be no compensation.

As we remember Jo today, MPs are also thinking about how we go about our work. Have we taken the precautions we should have – for ourselves, our staff, and for the sake of our families? One of my aims since the day I was elected has been to make myself accessible to my constituents. I have sought to make sure people would be able to come to me for help – particularly those who might not think of seeking me out, or who might be worried to do so. People who find the world is usually against them. But that means being visible, and giving people a chance to ask for your help on impulse – like a recent drop-in surgery I did in Tesco. Is that still a good idea? I want to press on, because if you don’t help those who most need help, what is the point? But every MP has a duty to their family and their staff to think hard about the risks they take.

And out of this awful, awful thing, perhaps those people who write letters full of hate, and the abusive tweets, will think twice before doing it again. Perhaps more than that, we might change the way we treat each other in our society. For quite apart from the anger directed at us, MPs see so many situations where people are hateful to others, whether it's towards distant migrants, difficult neighbours or even within a family. Can we become a little more thoughtful and understanding, a little less full of hate and anger, and just a little bit kinder?

Nothing can bring Jo back for her husband and her children, nor for all the people she was helping as an MP. But we can support them, remember her, draw on her courage and determination for inspiration, and try to make the world just a little bit better in whatever way we each can.