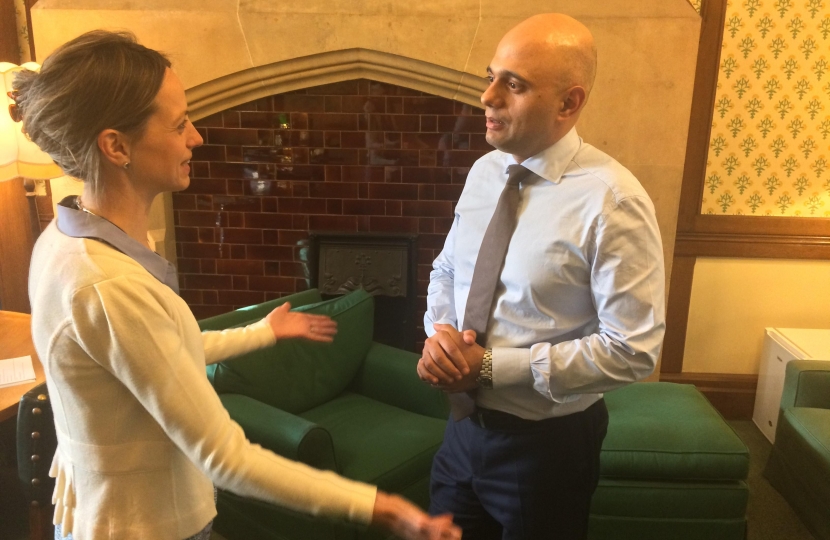 I am very worried about Maidstone’s Local Plan. I have urged Maidstone Council and the Planning Inspector himself to make changes, but they have just steamrollered on. I wish we could have solved this locally, but we’re running out of time.

The plan, which sets out development for the next 15 years, is up for approval by the planning committee at Maidstone Borough Council on 27th September. But I have written to the Communities Secretary Sajid Javid asking him to personally intervene and consider whether this local plan is good enough..

In my letter I warn that the plan includes proposals that could jeopardise Leeds Castle and the Kent Downs Area of Outstanding Natural Beauty. The plan does not include sufficient investment in roads and infrastructure, and I question whether villages like Headcorn, Harrietsham and Lenham would be able to cope with the numbers of new houses planned.

Leeds Castle is a national treasure – so development around Junction 8 is not just a local question, it’s a national concern. Industrial buildings or offices on the approach to the castle would change the experience for visitors. It would never be the same again.

So many people and organisations object to development at Junction 8, and applications nearby have been rejected time and again. There is considerable evidence of alternative sites that would be better for a business park or something similar. Surely Maidstone Borough Council should have gone the extra mile to explore these options rather than develop such a precious greenfield site. I’m astounded the Woodcut Farm site is included in the plan, but it is, so I will keep on fighting against it.

Then there’s housing: we absolutely need more housing locally, but the council keeps on approving huge developments without proper investment in infrastructure. Traffic is already a nightmare in and around Maidstone. The local plan does not include enough investment in the road network. We need developer contributions to fund significant schemes like a Leeds-Langley Relief road but at the moment, that’s not happening.

This local plan would do lasting damage to villages and countryside around Maidstone, it threatens Leeds Castle and fails to address growing traffic problems. That’s why I’ve asked the Secretary of State to intervene. If he does decide to ‘call in’ the Local Plan, an inspector will be appointed to carry out an inquiry. The secretary of state can then decide whether he needs to take over responsibility for the plan from MBC.