I swear to take on mental illness 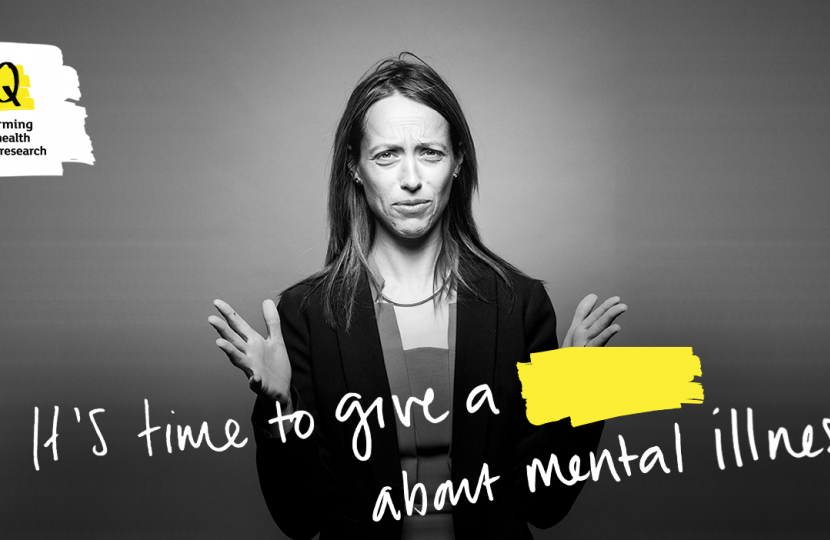 Mental illness should not be seen as an inevitable part of life. The current state of mental health treatment would simply never be accepted for a physical condition.

I've pledged to take on the unacceptable lack of progress in tackling young people’s mental health.I joined MPs from all parties in swearing to tackle mental illness at an event in Parliament.

New figures from mental health research charity MQ show that four in 10 (42%) people in the UK have come to believe that mental illnesses such as anxiety and depression are now an inevitable part of life, such is the lack of understanding and action around mental health.

84% say that not enough is being done to tackle mental illness for the future. And 68% of parents believe that having more education about mental illnesses could prevent suffering for future generations.

Three children in an average class are affected by a diagnosable mental illness. But many are waiting a decade between experiencing their first symptoms and getting help. Only a quarter of young people referred to services receive appropriate care.

And despite 75% of mental illness starting before the age of 18, less than 30% of the total mental health research spend is focused on children and young people. As a result, the majority of mental healthcare resources are not designed or developed for young people, leading to poor treatment outcomes in young people and hindering prevention efforts.

That's why I'm backing MQ’s ‘We Swear’ campaign, which aims to make it clear that radical change is needed right now and asks the public to show they ‘give a s**t’ by swearing to take on mental illness.

Through research we can get to grips with this growing crisis in young people's mental health - and build progress towards much-needed hope for everyone affected.

Swear to take on mental health. Search #WeSwear on social media or visit www.mqmentalhealth.org/we-swear for further information as to how you can help.

This year, the charity is bringing together leading scientists in an innovative world-class consortium to better understand how mental illness develops, identify those who are most at risk, develop effective interventions, and ensure they are implemented. Current research projects are investigating conditions including childhood psychosis, ADHD, depression, anxiety, Obsessive Compulsive Disorder (OCD) and schizophrenia.

One in four people in the UK is living with a mental health condition. That’s nearly 15 million people with an illness that affects their wellbeing, their relationships with family and friends, and their ability to work.