Houses shaken to their foundations by lorries, traffic trapping people indoors - is it time for Leeds-Langley relief road? 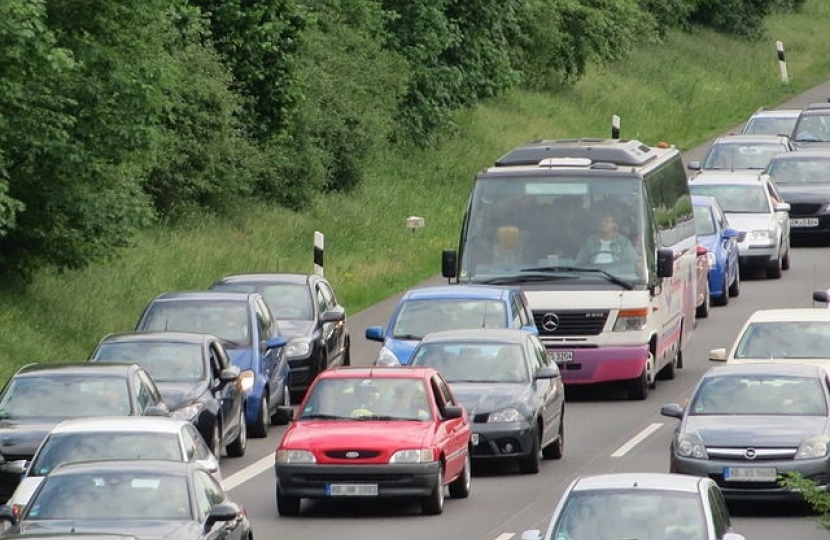 Hundreds of people packed one of the largest meeting rooms in Maidstone last night to talk about a potential South Maidstone Relief Road.

One Willington street resident spoke of how their house was being shaken to its foundations by thundering lorries. Another said the noise and pollution was so bad they couldn't open their windows. Someone else said they couldn't get out of their road because of traffic. We also heard about drivers belting down residential roads in Downswood at 60mph to bypass traffic jams on the main roads.

There was overwhelming support in the room for a Leeds-Langley relief road. While some people did raise concerns that a new road would bring more development or could be detrimental to Langley village, the general feeling was enough is enough.

People want action. That's what I've been hearing over the last two years as MP here. That's why I've frequently asked KCC what progress it's making and pushed MBC not to include new developments in the Local Plan unless it sorts out the roads at the same time.

I welcome news that KCC is pushing ahead with detailed work on feasibility, impact and possible routes, which will lead to a consultation within the next 12 months.

There have clearly been disagreements between MBC and KCC, which have not helped progress. This can’t continue. So Helen Grant and I have decided to host a meeting bringing together leaders of MBC and KCC to work through the disagreements and make progress. This relief road has been talked about for decades, it’s time for the talking to stop and the action to start.