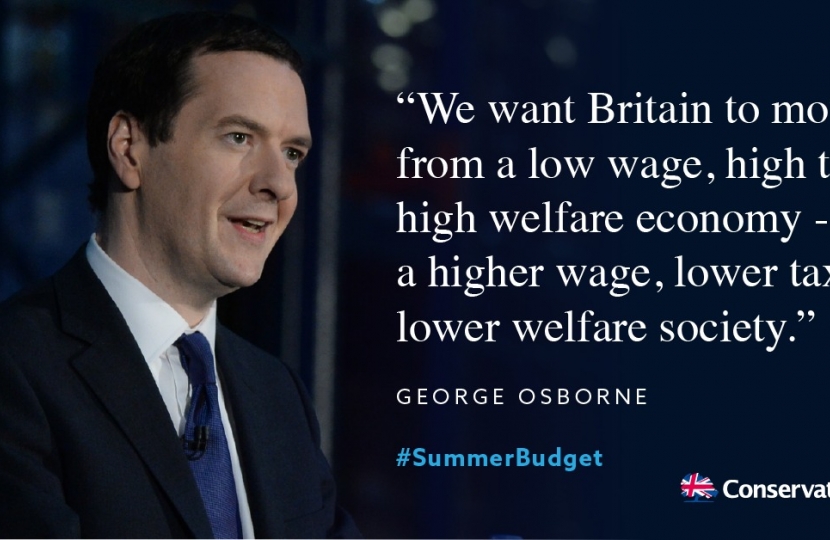 The priorities of the Budget were making work pay, supporting businesses and balancing the books to make Britain’s economy more secure.

The Chancellor also announced a new National Living Wage for over 25s, meaning two and a half million people will get a direct pay rise. Those currently on the minimum wage will see their pay rise by over a third this Parliament, a cash increase for a full time worker of over £5,000 a year.

To support businesses, the Chancellor announced plans to cut Corporation Tax from 20 to 18 percent by 2020. The Government is also raising the Employment Allowance from £2,000 to £3,000, which will enable businesses to employ four people full time on the National Living Wage and pay no National Insurance at all.

‘This is a good Budget for Faversham and Mid Kent; good for the economy, good for working people and good for the country as a whole. It’s a Budget that makes work pay, supports businesses and makes the country more economically stable. This is vital with such uncertainty in the global economy.

‘The increase in the personal allowance will mean lower taxes for around 46,000 people in Faversham and Mid Kent. Over 25s on the minimum wage – the lowest paid – will get a pay rise thanks to the introduction of the National Living Wage. The rise in the 40p tax threshold also means hundreds of people in Faversham and Mid Kent will be taken out of the top rate of tax.

‘Small businesses locally will be able to employ four people on the new National Living Wage without paying National Insurance and benefit from lower Corporation Tax.

‘I also welcome the commitment to spending 2 per cent of GDP on defence for the rest of the parliament, recognising the importance of our defence capability in the face of serious international threats.’