Have we finally seen the back of Operation Stack? 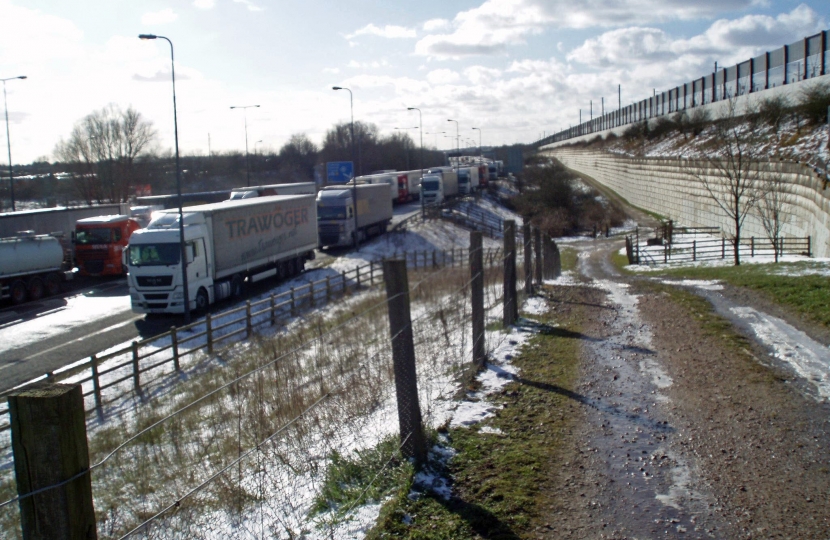 We had a reminder of how bad Operation Stack could be when high winds caused problems at the ports a few weeks ago. That should be the last time we have to put up with the closure of the motorway, as Operation Stack has now been replaced by Operation Brock.

As of Monday 25th March, lorries heading for mainland are being routed down the coastbound carriageway between M20 Junctions 8 and 9, with a 30mph speed limit. All other traffic is being directed onto the London-bound carriageway, with two lanes in each direction operating at 50mph.

This means traffic can continue to flow in both directions even if there are problems at the Channel crossings. Highways England have said that this has been activated to “demonstrate Kent’s preparedness for disruption” and that three lanes in each direction can quickly be restored if it looks like Operation Brock is not needed.

If the M20 gets full, lorries bound for Dover will be directed to Manston airfield, where there’ll be a queueing system. In a worst-case scenario the M26 coast-bound will also be used to hold lorries. These are contingency measures and I hope they do not have to be used – but it’s responsible to be prepared.

It should mean we never go back to the misery of summer 2015 when the M20 was turned into a giant lorry park for 32 days, bringing the entire County to a standstill at a cost of £700,000 a day to the haulage industry. Back then I argued strongly, along with fellow Kent MPs, that we needed an alternative to Stack so that traffic could still flow, children could still get to school, businesses could continue to function and ambulances could get to emergencies. The Government listened and made £250 million available to fix the problem.

Operation Brock is one part of the answer, at the same time Highways England are working to identify a permanent solution. They’re conducting ecological surveys across the County to identify potential sites for a lorry park. Some of these surveys have been carried out in places that wouldn’t be suitable – and this has worried people. I invited Highways England to a public meeting in Platts Heath so that they could reassure people about their plans, but unfortunately their representative didn’t come. I’m pressing the Government and Highways England to publish a shortlist of sites as soon as possible.

With all the uncertainty over Brexit and future customs arrangements, I’m pleased we now have a plan to deal with potential disruption without going back to Operation Stack.