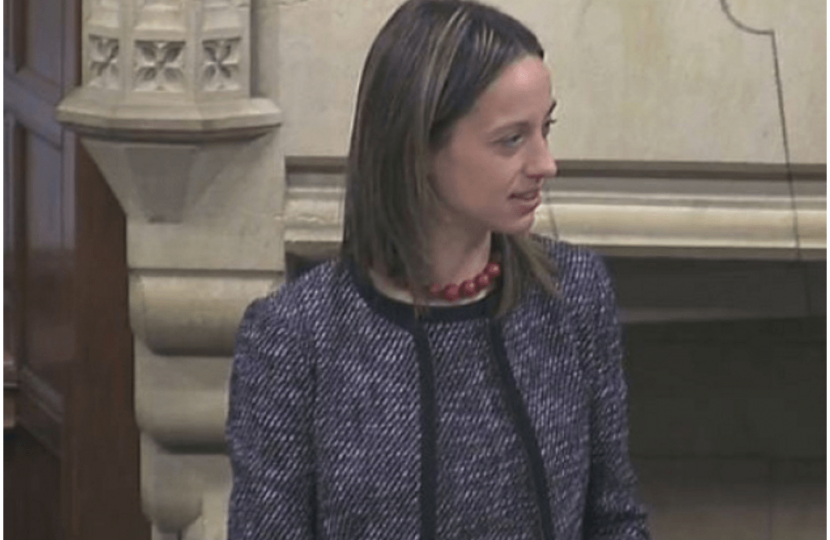 British fruit is the best in the world, but farmers in my constituency told me there was a real risk of fruit going unpicked next year if they can’t recruit enough seasonal workers. That’s why, as chair of the APPG for fruit and vegetable farming, I called a debate in Parliament to ask the Government to pilot a new seasonal agricultural workers permit scheme. Under the scheme, migrants would be able to come to the UK temporarily to work on farms. Click here to watch a video.

MPs from all over the country, including Northern Ireland, contributed to the debate, which shows just how important this issue is. Politicians often disagree on all sorts of things, but there was a consensus that you can’t beat a British strawberry!

The horticulture industry employed 80,000 seasonal workers this year, the vast majority of whom came from the European Union. Farmers may not be able to fill those vacancies next year. Brexit and the fall in the value of the pound are both factors. The recent referendum result was decisive and, rightly, the Government plans to negotiate a Brexit deal that gives us control over free movement. However, that creates a challenge for an industry that relies on seasonal migrant labour largely from the European Union.

One local farmer told me that crops could go unpicked next year, pushing up the cost of British fruit: That will happen just at the point when we want to improve our balance of trade. Fruit is a sector where I would argue we are among the best – and perhaps are the best – in the world.

Britain had a Seasonal Agricultural Workers Scheme until 2013 – when controls on free movement from some Eastern European countries were lifted.  Over 98% of people who came to Britain under the scheme returned home, therefore did not count towards immigration figures.

Responding to the debate, the Minister for Immigration, Robert Goodwill said he would reflect carefully on the points raised: “I understand the position of the farming community and, every bit as importantly, I absolutely appreciate the importance of food and farming industries as a crucial component of the UK economy and of the fabric of rural Britain.”

He said that the Government would give careful consideration to the needs of the agricultural sector when framing our future relationship with the EU.

I will be following up with him and also Ministers in the Department for the Environment, Food and Rural Affairs. I want to make sure that there’s a plan in time for next year’s fruit picking season

Read more about the debate here