Fair funding for schools: My response to the consultation 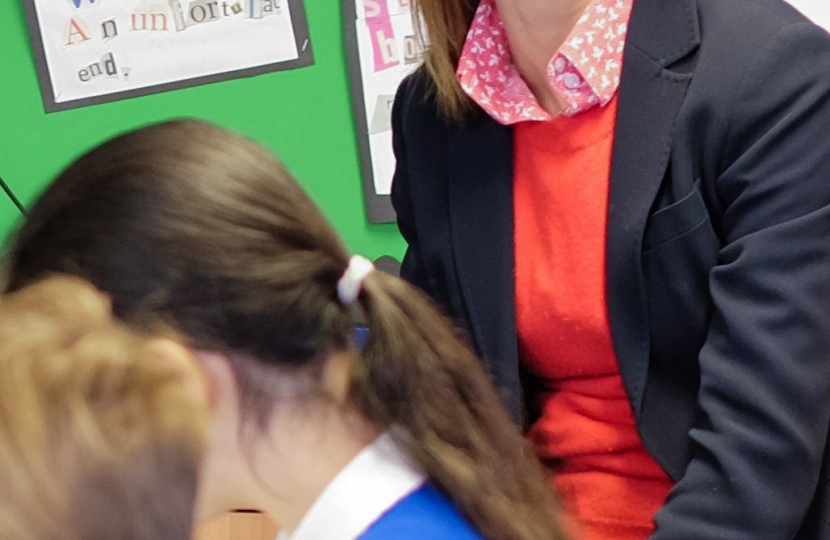 The Government is currently consulting on the introduction of a new, fairer funding formula for schools.

I support measures to redress the existing funding imbalance. In Kent schools have long suffered under the current system, receiving on average grants of £4,380 per pupil in the last year compared to some areas in the country who receive £6,300 on average. We also know that there are schools with similar student intakes which receive very different levels of funding, just because of where they are located. I know that some local schools have had to make very tough decisions about subjects offered and staffing in the face of financial pressures.

While my local schools have responded to the consultation individually, I also wrote to Education Sectretary Nicky Morgan to emphasise the following points, you can read my letter by clicking on the attachment below:

• Schools which have had particularly unfair funding arrangements should be able to introduce the new funding formula more quickly to ensure that the benefits are seen quickly.  Every term that goes by with the current funding system means children in poorly funded schools are losing out.  For example missing out on the chance to study important subjects which have been cut because of lack of money.

• The opportunity to introduce an area cost adjustment for schools in the south east (beyond London) should be investigated. This was raised by a head teacher in Maidstone who said that when recruiting, salaries were advertised as per the official bands however additional incentives were often required to attract the better teachers and to compete against other geographical areas. These additional incentives currently have to be funded from the school's core budget. This was particularly salient to non-selective schools;

• When assessing deprivation, it was felt that the Free School Meals indicator was a blunt instrument as the status of a parent's employment, which did not necessarily translate to the needs of the child.  The IDACI is viewed as a more effective tool however it needs to be updated on a more regular basis;

• The current lagged funding system has left a number of schools with significant budget deficits and in some cases this has led to subjects and teaching staff being cut. It would be beneficial to allocate funding taking into account pupil estimates rather than relying solely on historic pupil data;

• Further information on the High Needs Budget would be welcomed in due course.