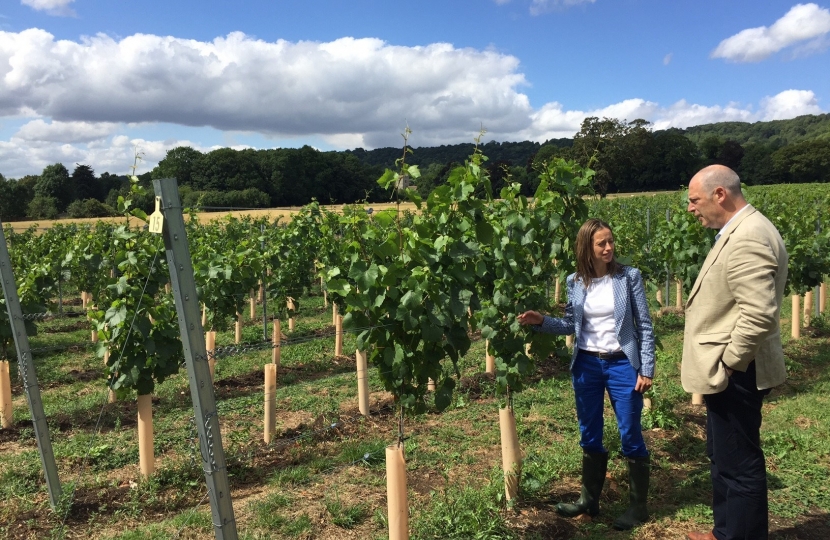 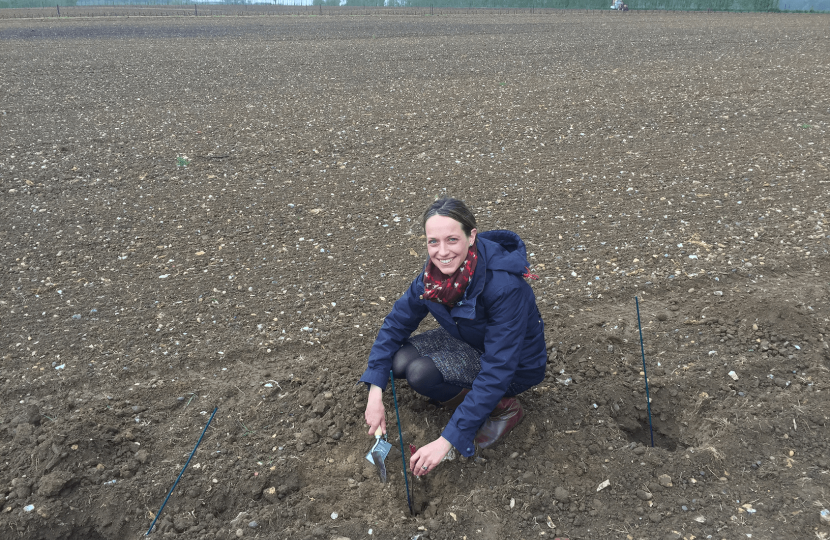 Pale green pea-sized grapes peeped out under the lush leaves of row after row of neat vines, waiting to ripen and be turned into delicious English sparkling wine. This was the scene when I visited Chapel Down’s new vineyard in Boxley earlier this summer, and it’s becoming an increasingly common sight in fields across Kent.

English wine is a growing industry with huge potential, and some of the very best pinot noir, pinot meunier and chardonnay grapes are grown here in Kent. The hills of the downs shelter the vines and the chalky soil provides drainage as well as a distinctive mineral taste. We have the same chalk as the Champagne region of France, and English wines are now beating the French in taste tests. In the past 16 years English sparkling wines have won 9 trophies for Best International Sparkling Wine and 6 for best sparkling rose in global competitions, more than any other country.

Champagne house Tattinger has taken the ‘if you can’t beat them, join them’ approach, and invested in a vineyard in Selling, just south of Faversham. It plans to release its first bottles in 2022, named Domaine Evremond after a soldier-poet who fled trouble at Louis XIV’s court for a champagne-soaked life in London.

Chapel Down, based in Tenterden, is a great local success story. Since it was established in 2001 it’s grown to occupy 30% of the English wine market; its wines are on the shelves in supermarkets, it’s won numerous awards and has been served in 10 Downing Street.

English wine is not just boosting national pride by beating the French, it’s boosting the economy too.  Demand has grown rapidly, and it’s one of the fastest growing agricultural products in the UK. Not only are British wine connoisseurs increasingly buying English wine – we’re also exporting it successfully. In 2015, UK wine exports were worth £441 million, and we can expect that figure to grow year on year.

Vineyards in Kent are leading the way for English wine, just as we did in the 15th century for British beer. As the Government develops our post-Brexit agriculture strategy, I’ll be making sure it not only considers the needs of local fruit growers, but also our emerging winemakers.