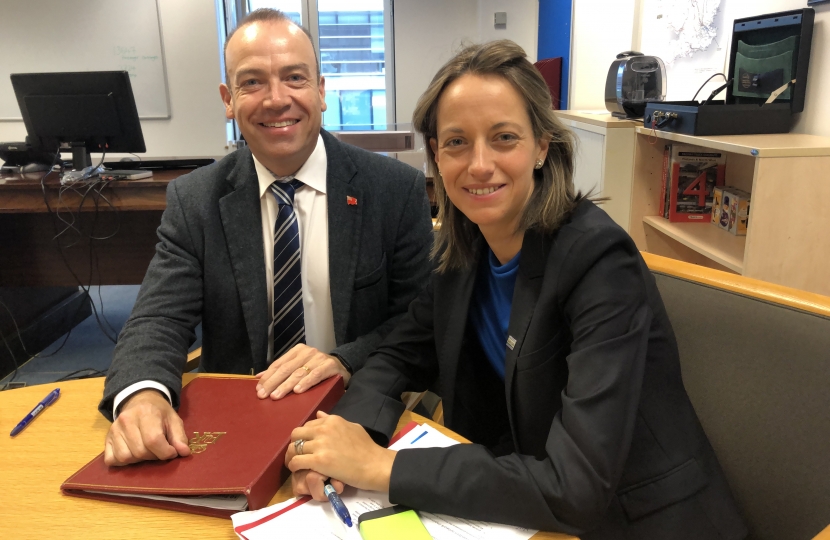 I know a lot of people have questions about the future of train services in Kent following the decision not to extend Southeastern's contract.

Ministers have confirmed there will no change to fares, tickets, or services when Southeastern’s contract ends on 17 October, but clearly there are concerns about what this means for the future of our local train services.

People want to know what the long-term plan is for the franchise – and crucially what is being done to make sure that problems with Southeastern are not allowed to happen again.

The creation of Great British Railways will help to make rail travel easier and more affordable when this is launched in 2023. However, there is a lot of work to do in the meantime to improve our local train services.

I’ve called on the Rail Minister, Chris Heaton-Harris MP (pictured) to make sure rail users in Faversham and Mid Kent have a reliable service and affordable fares while the franchise is being run by the Operator of Last Resort.

In my letter to the Rail Minister, I’ve also called for vital upgrades to local stations – including renovation work at Faversham station and lifts at Headcorn station – to finally get the green light.

I’ll continue to do everything I can to deliver better train services for local people.

Seeing waste dumped on the side of roads or in the countryside is horrid.

Fly-tipping is a blight on communities across Faversham and Mid Kent, and I know the problem got worse at points during lockdown.