The Dubs amendment: My decision 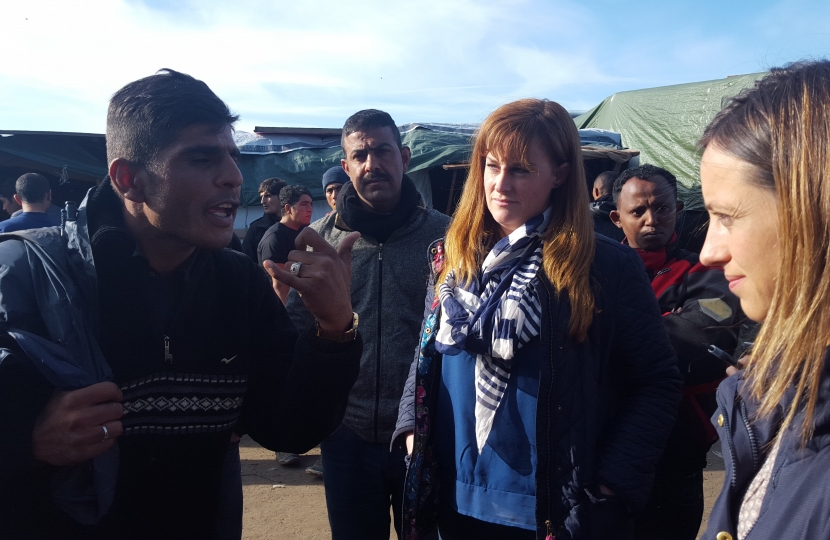 A lot of people have been asking me why I chose not to vote for the 'Dubs amendment' which proposed to take 3,000 refugee children from within Europe.

My decision to support the Government was not one I took lightly. I believe that Britain has a moral duty to protect vulnerable refugees, especially children.

Last year, I visited Calais and saw the desperate situation at 'the Jungle' first-hand. I also visited a refugee camp in Turkey. Since then I have been in close contact with Ministers, written many letters and made speeches in Parliament pressing the Government to do more to help.

I have spoken to Ministers about working more closely with the French to improve the situation in Calais, and to do more to support the young people trying to reach relatives in Britain. I have been assured that this is happening, and for instance, that asylum applications are being processed quickly for those with family in the UK.

I called a House of Commons debate on the resettlement of Syrian refugees so that MPs could discuss the Government's plan to find homes for 20,000 of the most vulnerable people fleeing that conflict (you can read the transcript here). In preparing for the debate I spoke to councillors who are welcoming refugees into their communities and charities like the Refugee Council and Migrant Help who are working with them.

I have also been contacted by many constituents who have been moved by this crisis and want to help. All these experiences informed my decision.

I discussed the Dubs amendment with the Immigration Minister, James Brokenshire MP, last week - exploring with him how we might best help the desperate young people fleeing conflict and poverty. I know that the proposal was carefully considered by the Government, before the Minister reached the conclusion that the best thing Britain can do is continue our policy of helping those most in need - vulnerable refugees in the countries around Syria.

Last week the Government announced that we would find homes in Britain for thousands of extra at-risk children, identified by the UNHCR in the Syrian region. This is on top of the 20,000 Syrians we are already resettling. This announcement has been overshadowed by the debate this week, but it's important to realise that this is a significant and compassionate decision. It considers the practicalities and sets out to do what is best, even though it means MPs like me will come in for criticism for supporting this rather than Lord Dubs' proposals.

Of course we recognise there are enormous challenges for other European countries coping with many thousands of migrants, and we are rightly helping them. The Department for International Development has committed £46 million to support refugees in Europe and a further £10 million specifically for children. Britain is also sending 75 experts to Greece, which is particularly struggling with the volume of people arriving on its shores, to help quickly and effectively receive migrants and to support vulnerable children. This means that where children have family in the UK, they should be identified more quickly and brought here.

There's also work to be done increasing our capacity to look after refugee children here. Many are teenagers who have been through enormous trauma and need the support of a stable family. We know how important this is from our experience in Kent: Kent County Council is responsible for 1,168 asylum-seeking children, 479 care leavers and our foster homes are full. As  this crisis has developed many more people have come forward to volunteer as foster parents. I am pressing Ministers to make sure these offers of help are taken up, including looking at the capacity of councils to consider applications from potential foster families. This would not only help refugee children, but also British children needing foster homes.

The Dubs amendment asked the Government to take 3,000 more children, on top of the additional children we have already to committed to, without any substantial proposals for how and where they should be resettled. This was almost entirely overlooked by those who argued in favour of it. We fail in our moral duty if we bring children here only to let them down.

None of this is easy. I would like to help all those desperate children, but when it comes down to it, we must help those most in need. This is surely the right thing to do. For that reason I voted against the Dubs amendment.

This debate, about how best to help refugees, and how to respond to the migrant crisis, is far from over - nor should it be. We should continue to review and debate our approach, particularly to make sure it's working in practice.  Please do keep in touch with me to share your views, your ideas and your experiences. I want to make sure we do the best we can as a country for those who need our help.