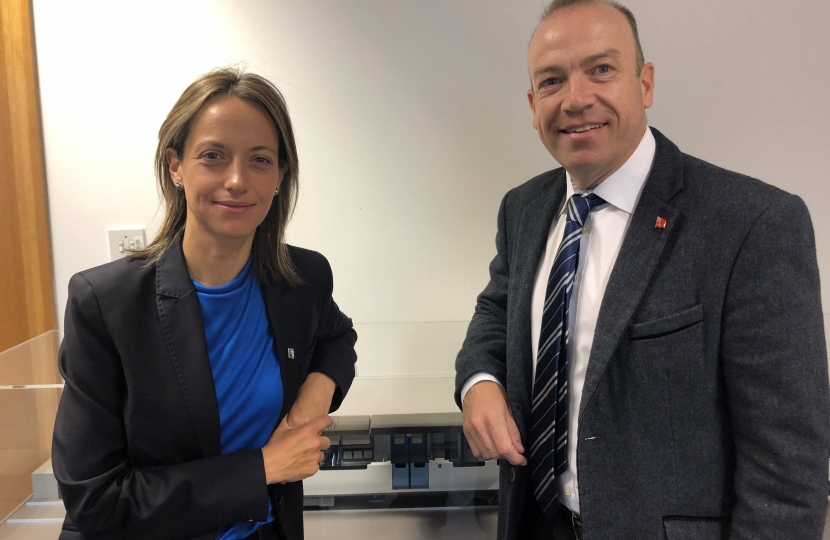 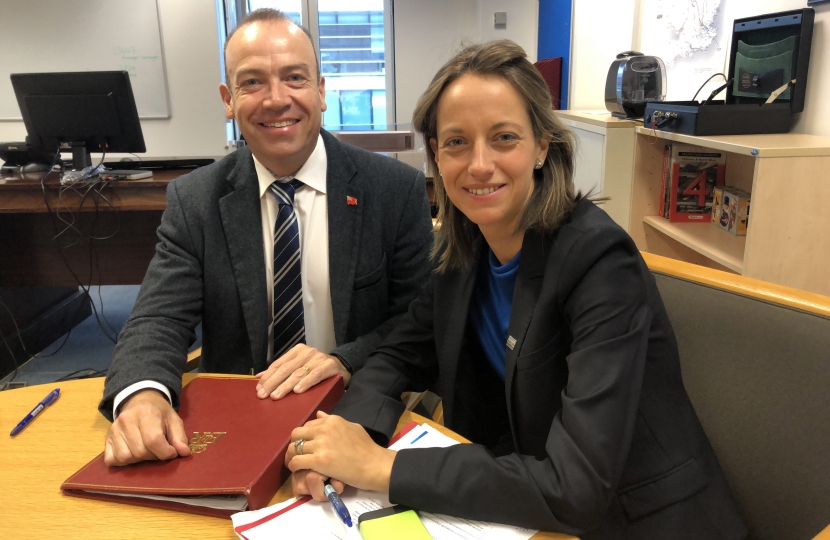 I met Rail Minister Chris Heaton-Harris to tell him not to delay new Thameslink services to Maidstone East. They were due to start in December 2018, but have been pushed back to December 2019. These services will restore Maidstone's direct connection to the City at London Bridge and London Blackfriars, saving commuters time and reducing overcrowding. I lobbied the Minister to make sure that these new services aren't delayed again. Along with other West Kent MPs, I wrote to the Transport Secretary urging him to look into this as well.

In my meeting, I also pressed the Minister to make sure that rail upgrades, which were meant to come in when a new company took over management of the network, are still going to happen now the competition to find a new company has been shelved. These improvements include new rolling stock, space for 40,000 more passengers, smart ticketing across the network, and better customer service.

We also discussed accessibility at stations. I made the case for installing lifts at Headcorn station so that disabled passengers don't have to travel miles in the wrong direction just to get to a station with a lift.

An extra £17.7 million is going to Kent County Council to support local services this winter.

The announcement last week means Kent has received over £138 million in extra funding from the Government since the pandemic began.