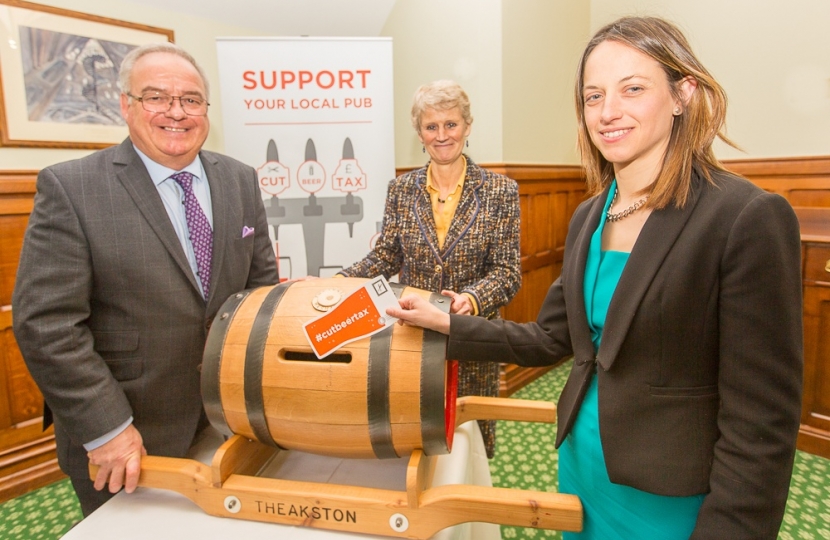 I've joined with the British Beer & Pub Association, the Campaign for Real Ale (CAMRA) and the Society of Independent Brewers (SIBA) by sending a ‘Message in a Barrel’, calling on the Chancellor of the Exchequer to cut beer duty in the Budget on 16th March.

The three cuts in beer duty over the past three Budgets have proved a massive boost for brewing and pubs in the UK - including Faversham's own Shepherd Neame - resulting in more affordable beer and millions of pounds of investment in pubs.

However, there is still more that can be done. Beer tax in the UK remains far higher than that neighbouring European countries. In Germany, for example, the rate of tax on beer is some thirteen times lower than here in the UK. British beer drinkers pay almost 40 per cent of all the beer tax in the EU despite only drinking 12% of the beer. Brewing and pubs make a massive contribution to the UK economy. As a sector it supports almost 900,000 jobs across the country and contributes £22bn to UK GDP.

Beer tax cuts are also popular with the public – a recent YouGov poll for the BBPA shows that 72 per cent support with a cut or freeze in beer duty in the Budget.