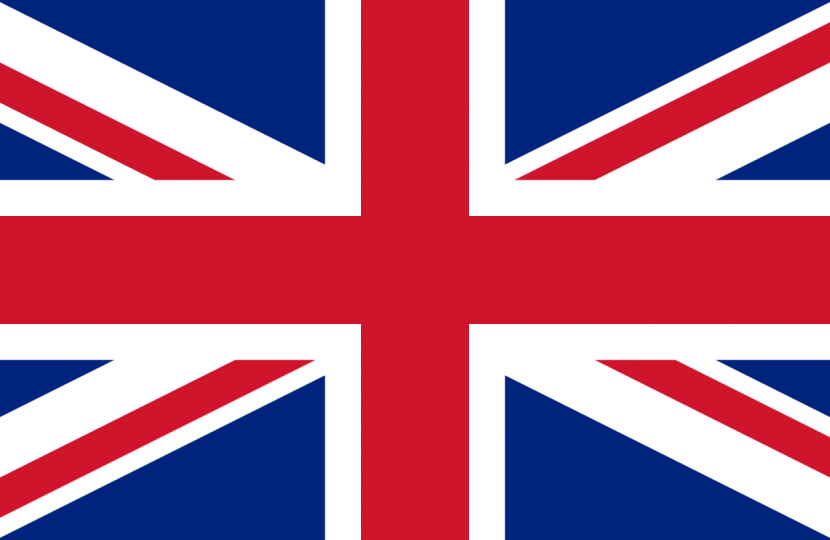 Britain is a great country. When I think about our national characteristics, I think of us as resourceful, pragmatic, frank, sceptical, humorous and unwilling to suffer fools gladly. I also like us best when we’re optimistic and tolerant. We have a vigorous democracy, a world-renowned legal system and one of the strongest economies in the world. In the last few months I have travelled to several countries with none of these characteristics. Britain is a good place to be.

That said, the British people have voted for change. The referendum result is the strongest message yet that millions of people are dissatisfied with the way things are. Since I was elected (and before) I’ve been working to help people in tough situations. As an MP, I really want to make life better for everyone, including those who feel left behind or left out.

I came to the view before this referendum that life would be better if we stayed in the EU. I had just one vote, but I was asked by many people for my view so I made it public. Now the country has voted to leave the EU, I sincerely hope I will be proved wrong.

More than that, my job now is to make sure we make the most of this decision and that as a country we seize the opportunity it provides to change things for the better. We must be open for business, we must engage with Europe and the world, we must be tolerant, we must make sure everybody has the chance to make the most of their lives, and build a stronger society of families, communities and neighbours looking out for each other.

I’ve already spoken to some of the biggest businesses in Faversham and Mid Kent about the referendum result. They need economic stability and clarity, as quickly as possible. Given that these businesses provide so many local jobs, I will do all I can as an MP to make sure we get that.

My inbox is full of emails asking me to press for a second referendum. I do appreciate how distraught and anxious some people are feeling, and I have spoken to people personally affected. Even so, there is no going back. The last thing we need is more uncertainty, and more divisive discourse. Many of those who voted to leave feel their needs have gone unheard for decades. As we work out our future relationship with the EU, we must make sure nobody feels left behind. We must also make sure that people in the UK from EU countries still feel welcome, and we will not tolerate racist abuse.

The consequences of this referendum, and our relationship with Europe, will dominate Westminster politics in the months to come, and I will work to make sure we get the best outcome for our community. At the same time, I will continue working on the priorities for Faversham and Mid Kent that I set out when I was elected: world-class healthcare for everyone, a good education for our children, jobs, fair pay, reliable trains, decent roads, getting the balance right on development and housing, standing up for my constituents in Parliament.

I am saddened by the Prime Minister’s resignation, though I also understand his decision. He has achieved much for this country: a growing economy creating millions more jobs, higher standards in hundreds of schools, many thousands more doctors and nurses working in the NHS. In the rest of his time as Prime Minister he was committed to reducing inequality, building a fairer society without prejudice and improving the life chances of those worst off. We must continue to pursue these goals.

There have been awful times in the referendum campaigning over the last few weeks. However, there have also been moments of inspiration. Millions of people registered to vote – and voted. Many thousands of people, across parties (and outside parties) have campaigned for what they believe in. As a country, we should make the most of this engagement in democracy and make sure it outlives this referendum.

It’s time to put the differences of the last few months behind us, to get together and pull together to seize this moment for a fresh start. We must get on with making Britain the sort of country we want it to be, for ourselves and our children.