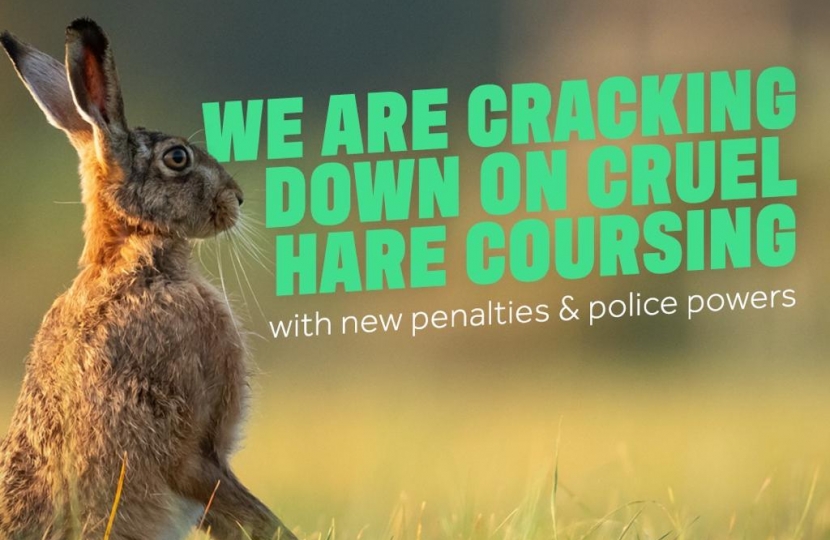 Illegal hare coursing is a blight on rural communities, as local farmers know only too well.

The sight of tyre tracks through fields, broken gates, and damaged crops has sadly become all too common in the countryside.

I’ve called on Ministers to introduce tougher laws to tackle the gangs that run these illegal coursing meets, and I’m pleased that new legislation is now being introduced.

The Government has confirmed that it will be amending the Police, Crime, Sentencing and Courts Bill to strengthen law enforcement for hare coursing. The proposals include:

These changes will give the police the powers they need to tackle illegal coursing more effectively and act as a stronger deterrent.

I’ll continue to stand up for our farmers and make sure rural crime is taken seriously.