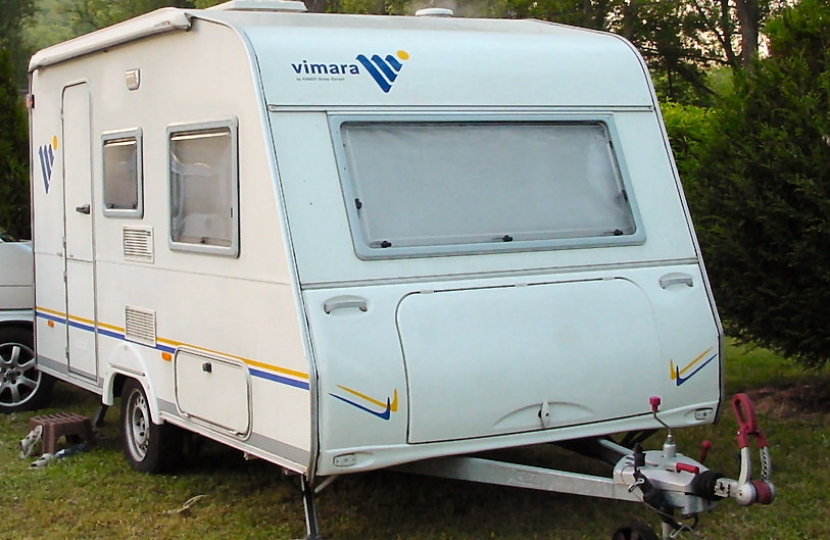 Kent has a long tradition of welcoming travellers and they are a valued part of our community. However in some areas, particularly around the villages of Headcorn, Ulcombe and Staplehurst, there has been such quick and uncontrolled growth of traveller sites that the permanent residents feel there is one rule for them and another for Travellers.

Kent has a long tradition of welcoming travellers and they are a valued part of our community. However in some areas, particularly around the villages of Headcorn, Ulcombe and Staplehurst, there has been such quick and uncontrolled growth of traveller sites that the permanent residents feel there is one rule for them and another for Travellers.

Some of you have told me that Traveller sites have been granted retrospective planning permission after having been occupied illegally, and you feel this is not fair. In a couple of places, a few caravans in a field have turned into sprawling sites with twenty or more mobile homes, largely through the granting of retrospective planning. Their speedy development is a stark contrast to the hoops most people have to jump through to make changes to a single property like building an extension or an outbuilding. The fact that proximity to a Traveller site can reduce the value of your house and make it difficult to sell, problems of litter and anti-social behaviour and the ugliness of some sites in areas of lovely countryside  further increases tensions.

However in August 2015, the Government made changes to planning guidelines to make the system fairer and strengthen protection for the countryside. Under the new rules, people can only get permission for a Traveller pitch if they genuinely travel.

The provision of land for sites is another problem. Planning authorities do their own assessment of the number of pitches and plots needed to accommodate their local Traveller population for the next five years, and must take this into account when they draw up their local plans. Maidstone and Swale borough councils both had difficulties delivering enough sites to meet their own targets, and this meant it was difficult for them to refuse planning permission. Particularly in Maidstone Borough, the shortfall in the number of sites compared to the assessed need had often been cited by the council as the reason for granting retrospective planning permission.

Now the absence of a five-year supply of sites is no longer necessarily a significant factor in favour of a planning application. Planning authorities should decide for themselves what weight they give to land supply when assessing an application.

This Government has also changed the rules to make it harder to get retrospective planning permission if a site has been intentionally occupied without authorisation.

I want to see Travellers and the settled population on a more equal footing, and these recent Government guidelines mean that the local council can now address the imbalance. Over the coming months, I’m going to be putting pressure on the Borough Councils to make sure this happens in practice.

We have some wonderful countryside in Faversham and Mid Kent, but the woods and fields around us are a living and working environment.

Kent Police are getting an extra £637,000 to tackle serious violent crime, including knife crime and murder.

This is a part of a £130.5 million funding package announced to tackle serious violent crime across England and Wales, making our communities safer.

Another boost to policing numbers in Kent

Efforts to increase the number of police officers in Kent have taken another step forward with plans for an extra 145 officers by March 2022.

The plans are part of Kent Police and Crime Commissioner, Matthew Scott’s, budget proposal for 2021/22.

More police officers on the way in Kent

Kent Police is getting a funding boost to help keep our communities safe and tackle crime.

Thanks to the increase in the national police budget, Kent Police will be getting an extra £19.5 million next financial year.

Enforcement of planning rules is crucial for giving people confidence in the system.

We need to make Faversham Rec safe for our children

I’m shocked by the recent stabbing in Faversham Rec.

My thoughts are with the boy who was attacked on Sunday afternoon and his family. As a mother, I can’t imagine anything worse than something like this happening to one of my children.

I’m committed to helping people in Headcorn get better policing.

Last week, I hosted a virtual meeting with the police and local councillors for an update on work to tackle crime and anti-social behaviour in the village.

Making Shepway a better place for everyone to live

Crime and anti-social behaviour can have a huge impact on the places we live.

I visited Shepway last week with Police and Crime Commissioner, Matthew Scott, and local councillors, to hear how crime is affecting people’s lives and businesses.

An update on policing in Headcorn

More regular patrols by police officers in Headcorn are already having an impact.

I was back in the village last Friday (7 February) for a meeting with the police and local councillors to see if action to tackle crime and anti-social behaviour is having an impact.

Crime needs to be reported in Headcorn

Many people in Headcorn are concerned about crime and anti-social behaviour.

I visited the village with Kent Police and Crime Commissioner, Matthew Scott, last week to hear these concerns first hand and discuss what more the police can do to help.